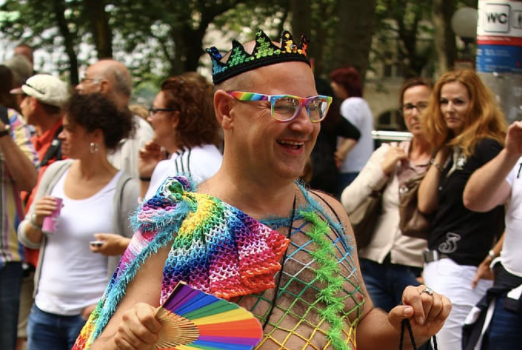 PHOENIX (AP) — Arizona has long been fertile ground for a social conservative agenda, with some of the nation’s toughest laws against abortion and a history of restricting LGBTQ rights.

That hasn’t changed even as Republican dominance has waned over the past five years, a fact made plain this week when GOP lawmakers passed strict measures targeting abortion and the rights of transgender young people.

“It’s just become this political wedge issue that our legislators use to get more votes, and it’s not fair,” said Andi Young, the parent of a transgender teenager and co-chair of the board of directors for GLSEN Phoenix, an advocacy group promoting inclusive education.

The measures have been popular with the conservative base in states where Republicans dominate but could be politically risky in a battleground state where Democrats have made significant inroads.

Arizona Republicans have not aggressively promoted the bills as they’ve moved through the Legislature. Few GOP lawmakers explained their support during sometimes emotional debates in the House.

That doesn’t surprise Mike Noble, a former Republican political consultant who now does nonpartisan polling in the Southwest from his base in Phoenix.

“Those are clearly issues to really get the base fired up. However, the base is already fired up,” Noble said. “I think what you’re doing is giving the other side, who doesn’t have much of a reason to turn out, a reason to now come out and vote in these midterm elections.”

Democrats have grown increasingly successful in Arizona since Donald Trump’s election as president in 2016.

Democrats Kyrsten Sinema and Mark Kelly were elected to the Senate in 2018 and 2020, respectively, and President Joe Biden became only the second Democrat since Harry Truman to win the state’s electoral votes.

Democrats control a majority of the state’s U.S. House seats and two of the top five state offices. Republican legislative majorities have dwindled to the bare minimum.

With that backdrop, Kelly’s reelection race this year could be pivotal to the GOP’s hopes of winning a majority in the U.S. Senate.

The decision on whether to sign the bills lies with Republican Gov. Doug Ducey, who has been mum. Advocates on both sides of the issues moved swiftly to pressure him to sign or veto the bills.

Ducey opposes abortion rights and is widely expected to sign that bill. He has less of a track record on transgender issues, but has occasionally bucked the social conservatives in his party on issues affecting the LGBTQ community.

Last year, he vetoed a bill barring all classroom discussions about gender identity, sexual orientation or HIV/AIDS without parental permission. He later signed a scaled back version.

“Governor Ducey needs to veto these hateful bills; lives are in the balance,” Kell Olson, a staff attorney in Tucson for the LGBTQ rights group Lambda Legal, said in a statement.

Likewise, Cathi Herrod, the influential head of the social conservative group Center for Arizona Policy, blasted an email alert to the group’s supporters urging them to contact Ducey and press him to sign the sports participation bill.

“LET’S STAND UP FOR WOMENS SPORTS IN ARIZONA!” Herrod wrote.

Arizona and Florida could join Mississippi and Louisiana in adopting a 15-week abortion ban, and nearly a dozen have limited participation in girls sports. Texas Gov. Greg Abbott ordered state officials to investigate gender-affirming care as child abuse, and Arkansas banned it in a bill similar to Arizona’s. Both directives were put on hold by courts.

A Florida bill awaiting the governor’s action would bar classroom instruction about gender identity and sexual orientation before fourth grade, which critics have dubbed the “Don’t Say Gay” bill.

The Republican governors of Utah and Indiana this week vetoed bills banning transgender girls from girls sports, calling the issue virtually nonexistent in their states. Both face potential overrides, with Utah’s Republican lawmakers preparing for a Friday vote.

In Arizona, about 16 high school athletes have receive waivers to play on the team that aligns with their gender identity, according to the Arizona Interscholastic Association.

It’s adults who are hung up on the gender of kids playing sports, said Democratic Rep. Cesar Chavez.