“Are These Onions From Mexico?” 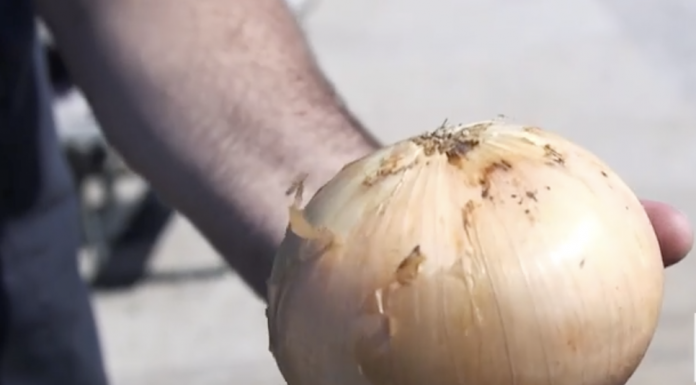 Federal officials say the outbreak has been traced to the fresh onions from Mexico.

AL.COM – The Food and Drug Administration has expanded its recall of fresh whole onions due to concerns over salmonella.

The FDA is now urging people to throw out onions from several different sources, including some included in popular meal kits. The recall now includes onions from:

The recalled onions were delivered directly to three UNFI retail distribution centers in Fargo, ND, Bismarck, ND and Hopkins, MN. Further distribution information was not included in the company’s recall notice posted by the Food and Drug Administration.

Anyone who has the recalled whole onions in their possession or has used them as an ingredient in a dish should not consume them and should either dispose of the product or return it to the place of purchase for a refund. Consumers who cannot tell whether they have the implicated onions should not eat the onions and should throw them away.

Food that is contaminated with Salmonella bacteria usually does not look, smell or taste spoiled. Anyone can become sick with a Salmonella infection, but infants, children, seniors and people with weakened immune systems are at higher risk of serious illness because their immune systems are fragile, according to the CDC.

Anyone who has eaten any of the recalled products and developed symptoms of Salmonella infection should seek medical attention.

Sick people should tell their doctors about the possible exposure to Salmonella bacteria because special tests are necessary to diagnose salmonellosis. Salmonella infection symptoms can mimic other illnesses, frequently leading to misdiagnosis.

Symptoms of Salmonella infection can include diarrhea, abdominal cramps, and fever within 12 to 72 hours after eating contaminated food. Otherwise healthy adults are usually sick for four to seven days. In some cases, however, diarrhea may be so severe that patients need to be hospitalized.

It is possible for some people to be infected with the bacteria and to not get sick or show any symptoms, but to still be able to spread the infection to others.