Another Florida Man Attacked By ‘Exotic’ Pet | Python In Mustang 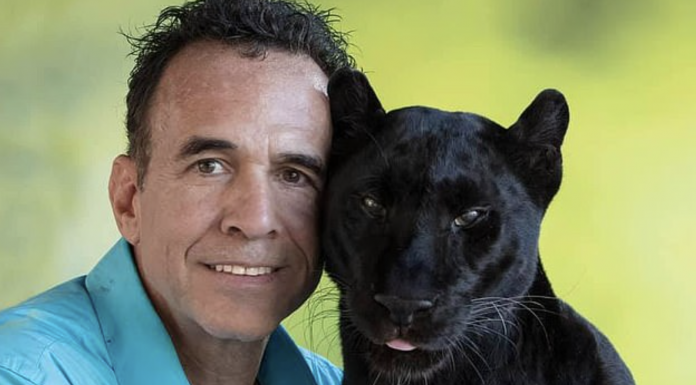 DAVIE, Fla. (WPLG) – A man says he had to undergo multiple surgeries after he was mauled by a black leopard.

It happened after he paid $150 to have “a full-contact experience” with the wild animal.

Detectives with the Florida Fish and Wildlife Conservation Commission (FWC) say the savage attack happened in an enclosure at a South Florida home owned by Michael Poggi.

The man has a Facebook page saying he’s an exotic animal breeder. He is licensed to have the leopard.

The FWC report says the leopard attacked once the man walked inside the enclosure. Source.

The injuries were so severe that Turner’s scalp was “hanging from his head and his right ear was torn in half,” the report said.

Authorities charged the owner with allowing full contact with an extremely dangerous animal and was cited for maintaining captive wildlife in an unsafe condition. Source.

New York Post – A Burmese python was found underneath the hood of a Ford Mustang in Florida, authorities announced Thursday.

The 10-foot snake was captured by officers from Florida Fish & Wildlife Conservation Commission without any reports of injuries in the city of Dania Beach, the agency wrote on Facebook.

Burmese pythons, which are not native to Florida, prey on native mammals, reptiles and birds in the southern part of the state, FWC said.

Wild-caught pythons are not protected under Florida law and are allowed — and even encouraged — to be killed, the agency said. Source.

Why “Exotic Pets” Are a REALLY Bad Idea