US Farmers Take On Fake “Made In USA” Labels 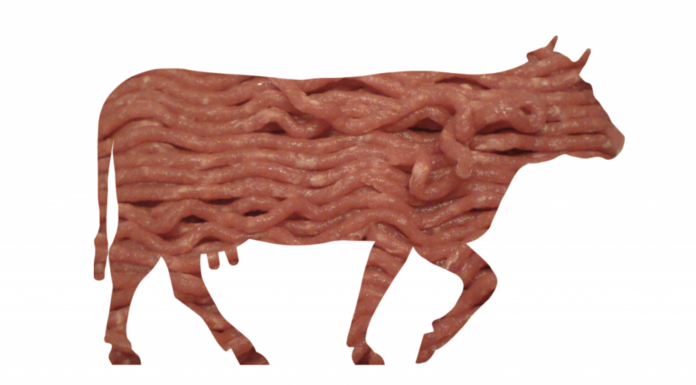 “The Secretary of Agriculture has a policy that says a foreign beef product that enters the USA and is subject to only minor processing, such as being taken out of a big box and packaged in smaller boxes, can bear a ‘Product of USA’ label.” – Wade Fox, South Dakota cattle producer

PLUS: Message from USA beef producers

Food Safety News – A 60-day comment period for the Federal Trade Commission’s “Made in the USA” label ended Monday with 838 submissions that favor a crack-down on unqualified U.S-origins claims on product labels.

And the No. 1 maker of those unqualified claims was named in many of the comments — Secretary of Agriculture Sonny Perdue.

“My name is Wade Fox I am a (South Dakota) cattle producer,” his comment said. “The conflict is this:

“While the FTC wants to ensure that only products actually made in the USA bear a “Made in the USA” label, the Secretary of Agriculture has a policy that says a foreign beef product that enters the USA and is subject to only minor processing, such as being taken out of a big box and packaged in smaller boxes, can bear a “Product of USA” label.”

“This is the very kind of conflict the FTC needs to hear about,” Fox added.

“The U.S. Dept. of Agriculture’s (USDA)’s policy that allows a USA label on imported beef deceives consumers and should be considered fraud.”

The USDA watered down its Country of Origin Labeling (COOL) for meat five years ago. Previously it had required “Made in USA” labeling only for meat that was born, raised, and slaughtered in this country.

Canada and Mexico claimed the stronger requirement was an unfair barrier to trade, and the World Trade Organization (WTO) ruled against the United States.

The USDA then watered down the rule after Congress decided it did not want to pay retaliatory tariffs that WTO was going to grant Canada and Mexico.

Consumers and some independent beef producers want the stronger COOL label restored, consistent with where the FTC is going on the issue.

FTC’s involvement adds a new twist, but its involvement in preventing deceptive “Made in USA” claims goes back to at least 1940. Congress gave the FTC separate authority to enforce Made in USA labels.

“For 80 years, the Commission has pursued enforcement actions that have established the principle that unqualified MUSA claims imply no more than a de minimis amount of the product is of foreign origin,” FTC’s call for comments said.

“In 1997, following consumer research and public comments, the Commission published its Enforcement Policy Statement on U.S. Origin Claims (“Policy Statement,”) elaborating that a marketer making an unqualified claim for its product should, at the time of the representation, have a reasonable basis for asserting that “all or virtually all”  of the product is made in the United States.

Comments that have been submitted indicate the problem of Made in USA labels ending up on foreign products goes beyond meat and poultry.

“I am in support of the USA Labeling Rule. First and foremost, I want to support the producers and suppliers of food originating in the U.S. Secondly, I am extremely frustrated with the majority of restaurants that claim to sell U.S. produced shrimp and upon further questioning of managers and waiters learn that the product is foreign.

A North Dakota rancher says he supports the FTC rule:

“I believe it should be born, raised, and slaughtered in the USA to be eligible for a label to say made in the USA.”

The FTC “may from time to time issue rules pursuant to section 553 of title 5, United States Code” requiring MUSA labeling to “be consistent with decisions and orders of the Commission issued pursuant to section 5 of the [FTC] Act.” The FTC may seek civil penalties for violations of such rules

The Commission welcomed comments on whether the NPRM conflicts with any state country-of-origin labeling requirements, such as USDA’s.

And the hitch may come with this statement: “To avoid confusion or perceived conflict with other country-of-origin labeling laws and regulations, the NPRM specifies that it does not supersede, alter, or affect any other federal or state statute or regulation relating to country-of-origin labels, except to the extent that a state country-of-origin statute, regulation, order, or interpretation is inconsistent with the NPRM.” Source.  (To sign up for a free subscription to Food Safety News, click here.)

Guess What Else Is Sneaking Across The Border From Mexico? Beef

“Americans can no longer choose to buy American beef unless a Mandatory Country-of-Origin Labeling law is restored.”

USABeef.org – We are your rancher and farmer neighbors and we produce the safest, most wholesome USA -born, -raised and -processed beef in the world!

USA Beef is one of the most nutrient-rich foods you can eat.

It helps to maintain a healthy immune system, boost red blood cells, and helps to build strong muscles and bones. Here is our information so you can contact us directly. It’s truly an honor to provide you and your family with our USA -born, -raised and -processed beef!

In 2015 Congress voted to end the requirement that meat labels have to tell us where the meat is from.

Americans can no longer choose to buy American beef unless a Mandatory Country-of-Origin Labeling (M-COOL) law is restored.

America is losing its ranchers and farmers at an alarming rate as they can no longer compete with hundreds of millions of pounds of undifferentiated imported beef. As the number of farms decline, rural communities are hollowing out.

The United States economy suffers a $13.6 billion annual loss to its largest sector of American agriculture: the U.S. cattle industry.

This is a national grassroots campaign to raise awareness for immediate legislative or executive action to reinstate M-COOL for beef in order to support America’s cattle farmers and ranchers. Sign Online Petition