60% Of Unvaccinated Adults Are Republicans 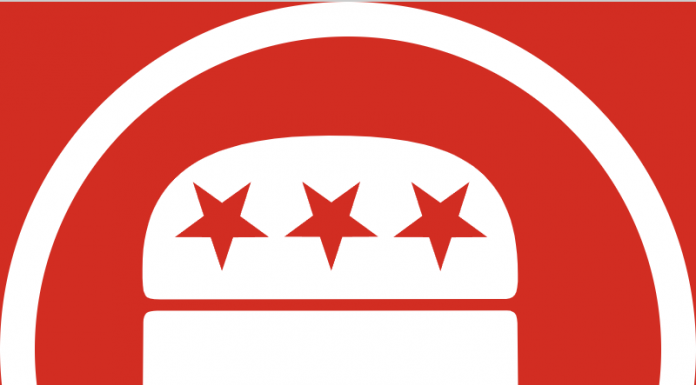 Unvaccinated Adults are Now More Than Three Times as Likely to Lean Republican than Democratic Analysis Finds Partisanship Matters More than Age, Race, Education or Insurance Status in Predicting Whether Someone Received a COVID-19 Vaccine

“Political partisanship is a stronger predictor of whether someone is vaccinated than any demographic factor measured.”

KAISER FAMILY FOUNDATION – A new KFF COVID-19 Vaccine Monitor analysis finds that Republicans and Republican leaning independents, who represent 41% of adults, now make up 60% of the adult unvaccinated population across the country.

While COVID-19 vaccination rates have risen significantly since the spring across all groups, uptake has been slower among those who are or lean Republican.

As a result, the shrinking unvaccinated population has become increasingly Republican over time, with unvaccinated adults now more than three times as likely to lean Republican than Democratic.

The analysis examined differences across a range of demographic factors, including racial and ethnic identity, age, education, geographic density, and insurance status.

Controlling for other factors, a Republican is 26 percentage points more likely than a Democrat to remain unvaccinated.

This gap is greater than the gaps between racial and ethnic groups, people with varying education levels, people who are insured and uninsured, different age groups, or people who live in rural versus urban areas.

The analysis also examines differences between vaccinated and unvaccinated Republicans.

Unvaccinated Republicans are more likely than vaccinated ones to believe that the news exaggerates the seriousness of the pandemic (88% v. 54%) and that getting vaccinated is a personal choice (96% v. 73%).

Such views pose substantial challenges for efforts to further increase vaccine uptake among U.S. adults, and potentially the acceptance of booster shots and vaccines for children as eligibility expands, the analysis suggests. SOURCE.

While the concerns about Omicron are understandable, experts in immunology say people need to remember a critical fact: Two years and 8 billion vaccine doses into the pandemic, many immune systems are no longer blank slates when it comes to SARS-CoV-2.
Read more
FEATURED

Mayo Clinic News Network – High-dose flu vaccines are flu vaccines that are approved for people age 65 and older and given by injection. Like...
Read more
FEATURED

The first officially authorized safe havens for people to use heroin and other narcotics have been cleared to open in New York City in hopes of curbing deadly overdoses, officials said Tuesday.
Read more

FOOD SAFETY NEWS – Some, I am sure, are a bit tired of my ranting about the FSIS doing its job and deeming Salmonella...

NEW HAMPSHIRE UNION-LEADER – A federal judge blocked the government on Monday from mandating COVID-19 vaccinations for health care workers in New Hampshire and...

WTOP – The flu season is beginning to gain traction with a predominant strain that concerns one infectious disease expert, and he’s urging everyone 6...

The emergence of the new omicron variant and the world's desperate and likely futile attempts to keep it at bay are reminders of what scientists have warned for months: The coronavirus will thrive as long as vast parts of the world lack vaccines.

Dutch authorities have isolated 61 people who tested positive for COVID-19 on two arriving flights originating from South Africa, Saturday, Nov. 27, 2021. Authorities are carrying out further investigations to see if any of the travelers have the omicron variant.

Both sides are telling the Supreme Court there’s no middle ground in Wednesday’s showdown over abortion. The justices can either reaffirm the constitutional right to an abortion or wipe it away altogether.

Many of the world's richest countries have spent the past year hoarding coronavirus vaccines, buying up enough doses to vaccinate their populations several times over and consistently failing to deliver on their promises to share doses with the developing world. The World Health Organization said the approach was "self-defeating" and "immoral."

Governors across the United States tried to reassure Americans on Sunday that their administrations were closely monitoring the impact of a new coronavirus variant that has alarmed scientists.

Federal health regulators say an experimental COVID-19 pill from Merck is effective against the virus, but they will seek input from outside experts on risks of birth defects and other potential problems during pregnancy.

MedPage Today – Pierre Kory, MD, one of the most vocal proponents of ivermectin, got COVID-19 in August, despite taking the anti-parasitic medication on...
- Advertisement -