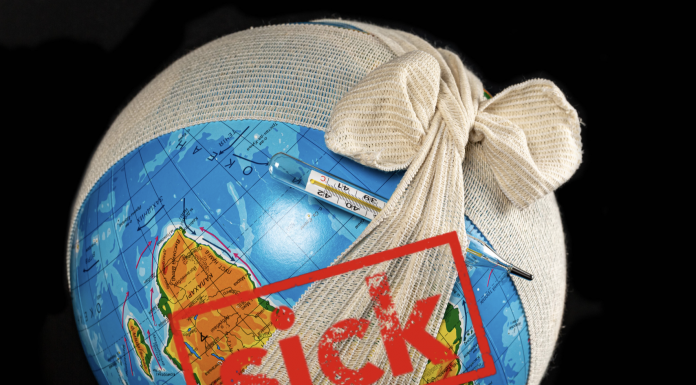 SciTechDaily – Today the world’s largest study of the impact of temperature changes and kidney disease reveals that 7.4 percent of all hospitalizations for renal disease can be attributed to an increase in temperature.

The study, led by Professor Yuming Guo and Dr. Shanshan Li, from Planetary Health at Monash University and published in The Lancet Regional Health – Americas journal, for the first time quantifies the risk and attributable burden for hospitalizations of renal diseases related to ambient temperature using daily hospital admission data from 1816 cities in Brazil.

The study comes as the world focuses on the impact of climate change at the COP26 conference in Glasgow from October 31, 2021.

In 2017, a landmark article in The Lancet declared renal diseases a global public health concern, estimating that almost 2.6 million deaths were attributable to impaired kidney function that year.

Importantly the incidence of death from kidney disease had risen 26.6 percent compared to a decade previously, an increase that this study may indicate was, in part, caused by climate change … READ MORE.

Paritosh Kasotia is an International Program Manager at the Iowa Council for International Understanding. She is also President of the United Nations Association-Des Moines Chapter.

The Intergovernmental Panel on Climate Change (IPCC) states that the increase in global atmospheric concentration of carbon dioxide (CO2) is primarily due to fossil fuel use and, in a smaller but still significant level, to land-use change.

An Inconvenient Truth, a documentary by former United States Vice-President Al Gore, has also drawn public attention to the critical issue of global warming and how the burning of fossil fuels has increased the amount of CO2 in the atmosphere. Global warming can result in many serious alterations to the environment, eventually impacting human health.

It can also cause a rise in sea level, leading to the loss of coastal land, a change in precipitation patterns, increased risks of droughts and floods, and threats to biodiversity. The effects are already evident in areas like Nunavut, Canada, where Inuit hunters are facing survival challenges due to the thinning of the ice. Explorer Will Steger gives an account of hunters in the Baffin Island, who are faced with the dilemma of unsafe hunting due to ice loss, risking their lives to get in contact with sea animals.

Besides the visible effects on people’s livelihoods, global warming is predicted to have a strong and adverse impact on human health. The populations of countries that have contributed the least to global warming are the most vulnerable to death and diseases brought about by higher temperatures. The coastlines along the Pacific Ocean and the Indian Ocean and in sub-Saharan Africa will be at higher risk of enduring the health effects of climate change.

The World Health Organization (WHO) reports that climate change is responsible for at least 150,000 deaths per year, a number that is expected to double by 2030. The effects of global warming will cause dire health consequences:

Infectious diseases. IPCC predicts that global warming will worsen human health conditions, especially in tropical regions. In places like Africa, an increase in temperature signifies an increase in mosquito populations, thus escalating the risk of malaria, dengue and other insect-borne infections. Other regions are also affected. The United States experienced varying levels of malaria outbreaks; in 2006, the United Kingdom was plagued by an outbreak of legionnaires’ diseases — a bacterial lung infection that scientists attribute to global warming. WHO states that global warming will also cause a major increase in insect-borne diseases in Europe.

Countries like Azerbaijan, Tajikistan and Turkey might already be in the danger zone for mosquito-borne malaria. However, the ability to tolerate temperature changes differs from region to region. Richer societies can utilize technological advances; for example, the use of more powerful air conditioners and the construction of houses minimize heat retention. On the other hand, developing countries lack not only the technological know-how, but also the resources and public health systems, required to prevent such outbreaks.

Heatwaves. Prolonged periods of abnormally high temperatures can have serious health effects on vulnerable populations, such as the elderly and the sick. This was already seen during the 2003 heatwave in Europe, which claimed approximately 35,000 lives.

In a study by Hadley Center for Climate Prediction and Research in the United Kingdom, scientists using computer models showed how greenhouse gas emissions have increased the likelihood of heatwaves. The most common health effect is hyperthermia or heatstroke that can be fatal if left untreated. IPCC predicts that global warming will lead to hot days, followed by nights of high temperatures.

Loss of agricultural productivity. Global warming can result in droughts that can worsen living conditions, particularly in Africa. The World Wild Fund has reported that climate change can drastically alter rainfall pattern, and risk water and food supplies for millions.

Asthma and other respiratory diseases. People suffering from heart problems are more vulnerable to increased temperatures, especially those living in already warm areas, as their cardiovascular system must work harder to keep their body cool. Hot temperatures increase the ozone concentration, which can damage people’s lung tissue and cause complications for asthma patients and those with lung diseases.

Despite opposition from many Council members, such as the Russian Federation and China, she argued that the loss of basic needs due to climate change in poor countries can increase the risk of conflicts. Similarly, Ugandan President Yoweri Museveni has labelled climate change as “an act of aggression by the rich against the poor”.

On a positive note, many countries have now realized the grave consequences of global warming. The United States Supreme Court ordered the Federal Government to look into regulating CO2 emissions. Protest participants in many American cities like Boston and New York have urged the Government to reduce emissions up to 80 per cent by 2050; some 1,300 protest events have been organized in the United States under the Step It Up 2007 banner. In Sydney, Australia, businesses and homeowners switched off their lights to acknowledge the critical issue of global warming.

Likewise, corporations are realizing the need to become environmentally friendly. PepsiCo, a global beverage and snack company, plans to purchase 1 billion kilowatt hours of renewable energy over the next year. However, the major impact on reducing the effects of global warming cannot be made without the commitment of those countries that account for the greatest production of greenhouse gases.