16 Hospitalized After Eating This Item Sold At Aldi’s 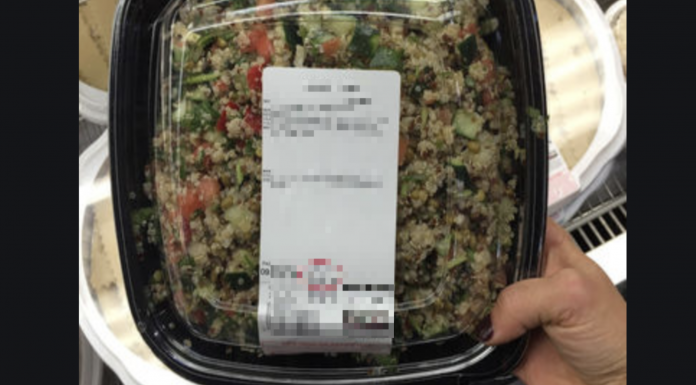 Food Safety News – Foodborne illness is finally back in the news in a big way.

Six Midwestern states are reporting 76 Cyclospora infections with 16 hospitalizations and consumers are warned not to eat and retailers order not to sell ALDI, Hy-Vee, or Jewel-Osco Garden Salad brands.

Cyclospora is a coccidian parasite that causes diarrheal disease in humans called cyclosporiasis. The states reporting Cyclospora illnesses are cooperating in an investigation with the Food and Drug Administration (FDA), and the federal Centers for Disease Control and Prevention (CDC).

The investigation has linked the multistate Cyclospora infections to bagged salad mixes purchased at ALDI, Hy-Vee, and Jewel-Osco stores in the six states with illnesses.

CDC reports the investigation is ongoing and updated information will be provided as soon as it is available.

“The coccidian parasite Cyclospora cayetanensis is recognized as an emerging pathogen that causes protracted diarrhea in humans. The first cases of Cyclospora infection were reported in the late 1970s and were observed among expatriates and travelers in regions where infections are endemic. Since then, Cyclospora has been considered a cause of traveler’s diarrhea. ” – American Society for Microbiology

FDA said the investigation is only in its beginning stages.

Additional retailers and products may be involved. Epidemiologic evidence gathered so far indicates that the ALDI Little Salad Bar Brand Garden Salad, Hy-Vee Brand Garden Salad, and Jewel-Oslo Signature Farms Garden Salad brands ae the likely sources of the outbreak, but they do not explain all the cases.

In interviews, ill people answered questions about the foods they ate and other exposures in the two weeks before they became ill. CDC said an illness cluster is defined as two or more people from different households report becoming ill from the same restaurant or event or shopping at the same grocery store.

The Minnesota Health Department said 13 Minnesotans are among people from six states whose Cyclospora infections have been linked to the multi-state outbreak.

Illness onset dates for the Minnesota cases range from June 1 through June 9. No cases required hospitalization for their illness. The ill Minnesotans ranged in age from 24 to 79 years. Two are metro area residents, and 11 are from Greater Minnesota.

MDH said consumers should not eat ALDI Little Salad Bar Brand Garden Salad or Hy-Vee Brand Garden Salad, and if they have it in their refrigerator, throw it away. This applies only to the store brand salads labeled as “garden salads” and not for other types of store brand packaged salads sold at these retailers.

Where is this parasite found?

Washing of produce, or routine chemical disinfection or sanitizing methods, are unlikely to kill Cyclospora.

Symptoms typically include watery diarrhea, stomach cramps, nausea, loss of appetite, and weight loss. People typically become ill about a week after exposure, but this period can range from 2-14 days. Diarrhea can last several weeks or longer if not treated.