15-Year-Old Dead Of Overdose, Cops Shocked When They Learn Who His Heroin Dealer Was 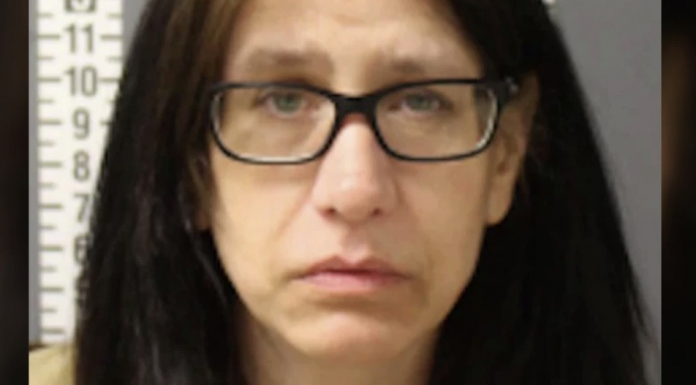 The suspect was the dead boy’s mom. …

New York Post  – A Pennsylvania mother shared drugs with her 15-year-old son and left him to die from an overdose, police said.

The teen, Dean Pugliese, died from heroin toxicity and kratom toxicity, a detective wrote in an arrest report.

Kratom, a plant that grows naturally in parts of Southeast Asia, affects the same opioid brain receptors as morphine, according to the US Food and Drug Administration.

Investigators found heroin in an eyeglass case beneath the teen’s body when they responded to his mother’s apartment on July 3. The woman then gave “inconsistent” statements to detectives, police said.

Pugliese admitted to investigators she took her son with her to a store two days earlier to buy kratom, which she purchased to share with him, police said.

The package noted that the drug — which has no approved FDA uses — wasn’t intended for minors, but Pugliese said she texted her son with instructions on how to use kratom, PennLive.com reports.

Pugliese then found her son “hot and sweaty and not feeling well” on July 2, leading her to give him water for apparent heatstroke, police said.

She had to shake her son to wake him up later that evening and then heard him “gasping” for air as he slept but didn’t try to wake him, Pugliese told police.

Pugliese, who admitted to cops she shared kratom with her son, “changed” her version of events several times, police said.

“If [Pugliese’s son died] from the kratom, then I’m responsible,” Pugliese told a detective, PennLive.com reports. “You can put me in jail because that’s where I belong.”

Lethal doses of both heroin and kratom were found in the teen’s system, a pathologist found.

Dean Pugliese, of Hummelstown, “passed away unexpectedly” on July 3 after previously completing his freshman year at the Pennsylvania Cyber Charter School, according to his obituary.

“He enjoyed computer gaming, listening to music, and hanging out with his brother,” the obit reads. “Dean will be deeply missed by his family.”

Obituary for Dean A. Pugliese Jr.

Dean had completed his Freshman year with the Pennsylvania Cyber School. He enjoyed computer gaming, listening to music, and hanging out with his brother.

In addition to his parents, Dean is survived by his brother and best friend, Connor V. Pugliese; his half-brother, Dustin R. Koser; paternal grandmother, Frances Pugliese Hensley; and maternal grandparents, Robert and Carrall Koser, all of Hummelstown.

Dean will be deeply missed by his family. Services for him will be private.

NASHVILLE, Tenn. (AP) — Country musician Stonewall Jackson, who sang on the Grand Ole Opry for more than 50 years and had No. 1...
Read more
UNCATEGORIZED

Federal health authorities on Wednesday confirmed the discovery of some frozen vials labeled "Smallpox" in a freezer at a facility in Pennsylvania that conducts vaccine research.
Read more