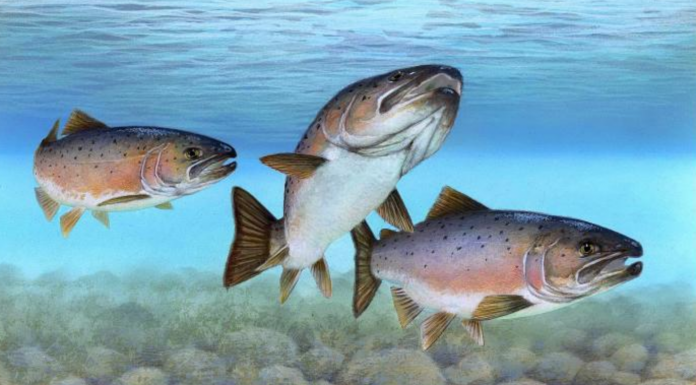 And an environmental assessment by the Food and Drug Association used to permit the new breed of genetically modified salmon did not impress him.

On Thursday, the U.S. District Court for the Northern District of California judge ruled the FDA violated core environmental laws in approving “AquAdvantage” salmon. The judge agreed with environmental groups who fear the genetic salmon might damage wild salmon populations.

AquaBounty’s plan was to breed the “AquAdvantage” salmon with a genetic mix of ocean pout and Pacific Chinook on Prince Edward Island’s Rollo Bay and then ship the eggs to its Indiana farm. “AquAdvantage” would be known for their larger size and fast growth.  The company has not commented on this latest setback.

FDA approved the genetically engineered salmon in 2015, finding it had no significant impact.

But the judge Thursday found that FDA ignored the serious environmental consequences of approving genetically engineered salmon and the full extent of plans to grow and commercialize the salmon in the U.S. and around the world, violating the National Environmental Policy Act.

The Court also ruled that FDA’s unilateral decision that genetically engineered salmon could have no possible effect on highly-endangered, wild Atlantic salmon was wrong, in violation of the Endangered Species Act.

Chhabria sent the FDA to go back to the drawing board, ordering the agency to thoroughly analyze the environmental consequences of an escape of genetically engineered salmon into the wild.

“Today’s decision is a vital victory for endangered salmon and our oceans.”

In 2016, Center for Food Safety (CFS) and Earthjustice—representing a broad client coalition of environmental, consumer, commercial and recreational fishing organizations and the Quinault Indian Nation—sued the FDA for approving the first-ever commercial genetically engineered animal, an Atlantic salmon engineered to grow twice as fast as its wild counterpart.

The Court ruled that the FDA failed to consider and study the environmental risks of this novel GE fish. When GE salmon escape or are accidentally released into the environment, the new species could threaten wild populations by mating with endangered salmon species, outcompeting them for scarce resources and habitat, and/or introducing new diseases.

Some of the world’s preeminent experts on GE fish and risk assessment, as well as biologists at U.S. wildlife agencies charged with protecting fish and wildlife, heavily criticized FDA’s approval for failing to evaluate the impacts of GE salmon on native salmon populations.

Yet, the CFS says, FDA ignored their concerns in the final approval.

“This decision underscores what scientists have been telling FDA for years—that creating genetically engineered salmon poses an unacceptable risk if the fish escape and interact with our wild salmon and that FDA must understand that risk to prevent harm.

“Our efforts should be focused on saving the wild salmon populations we already have—not manufacturing new species that pose yet another threat to their survival.”

So-called “transgenic contamination”—where genetically engineered crops cross-pollinate or establish themselves in nearby fields or the wild—has become common.

These contamination episodes have cost U.S. farmers billions of dollars over the past decade. In wild organisms like fish, it would be even more damaging.

The Court also rejected the FDA’s argument that it lacked the authority to consider the adverse environmental impacts of GE animals, including the GE salmon. To find otherwise, the Court said, would lead to “absurd possibilities,” like approval of GE animals that could cause serious harm to other life. The Court held the FDA had to consider environmental risks in its decision.

The lawsuit also highlights the FDA’s failure to protect the environment and consult wildlife agencies in its review process, as required by federal law. U.S. Atlantic salmon, and many populations of Pacific salmon, are protected by the Endangered Species Act and in danger of extinction, according to CFS.

“Salmon are at the center of our cultural and spiritual identity, diet, and way of life. It’s unconscionable and arrogant to think a man can improve upon our Creator’s perfection as a justification for corporate ambition and greed,” said Fawn Sharp, Quinault Indian Nation President. “Our responsibility as stewards of our sacred salmon demands we aggressively protect their natural habitat and genetics. We applaud today’s court decision; our prayers were answered and justice prevailed.”

“It’s a terrible idea to design genetically engineered ‘Frankenfish’ which, when they escape into the wild (as they inevitably will), could destroy our irreplaceable salmon runs,” said Mike Conroy, Executive Director of the Pacific Coast Federation of Fishermen’s Associations (PCFFA), one of the Plaintiff groups in the suit. “Once engineered genes are introduced into the wild salmon gene pool, it cannot be undone. This decision is a major victory for wild salmon, salmon fishing families, and dependent communities, and salmon conservation efforts everywhere.”

“Genetically engineered salmon place wild salmon at risk and set a dangerous precedent for other genetically engineered animals, like cows and chickens designed to fit into factory farms, to enter the food system. We applaud the court for this carefully-reasoned decision,” said Dana Perls, Food and Technology program manager at Friends of the Earth U.S.

“All products made with genetic engineering, especially live animals like genetically engineered salmon, should undergo thorough and precautionary assessment for impacts to our health and environment, be properly regulated and clearly labeled before entering the market.”

“Salmon fishermen and women don’t want to see these lab-made salmon in our waters nor in any market or restaurant where salmon is sold,” said John McManus, president of Golden State Salmon Association. “The federal Food and Drug Administration clearly let America down when it chose to overlook the environmental risk these fish pose.”

Sea Lions Eat “Too Much” Salmon, So One Thousand Will Be Shot

Is that salmon really wild? We have the answer.