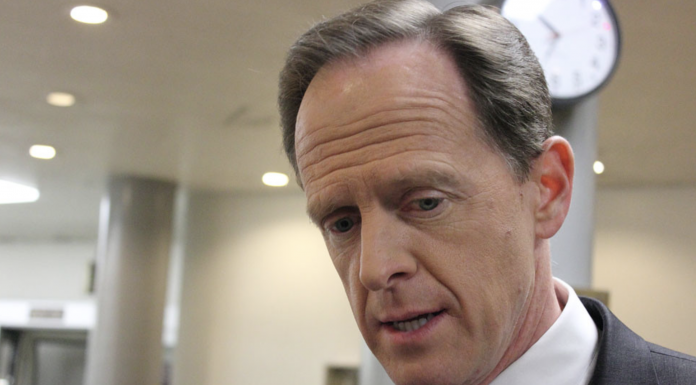 Breitbart News – Sen. Pat Toomey (R-PA) said on Friday that American political leaders are “overstating the danger” of coronavirus to most Americans while “underestimating” the economic “carnage” that lockdowns nationwide are causing.

Toomey, a key U.S. senator from a Rust Belt battleground state, conducted this exclusive interview with Breitbart News after rolling out a plan to much more quickly reopen Pennsylvania than the plan the state’s Democrat Gov. Tom Wolf has begun.

Toomey, a widely respected Republican who serves alongside a Democrat, Sen. Bob Casey (D-PA), is not known for making outlandish claims so his statements here that the panic driving policy decisions around the country instead of science—which shows the disease is much less severe than originally thought—are a huge step for the country as the conventional wisdom behind the lockdowns nationwide is challenged ever so more.

He is the first U.S. senator to offer such criticism of the conventional wisdom that keeps much of the country—and much of Pennsylvania—in a state of perpetual pseudo-lockdown limbo.

“Let me start with my starting premise and that is there was a very specific reason why we shut down our economy. Think about how drastic and draconian a step that was.

“It was completely unprecedented in American history to just forbid economic activity. We did it for one reason. That was to slow down the rate of the transmission of the virus, not to stop it altogether—nobody thought that was possible, but to slow it down so that we wouldn’t have such a rapid surge of sick people that they would overwhelm our hospitals’ capacity to treat them. That was the reason.

“It is now absolutely clear that there is no danger of overwhelming our hospitals. In fact, the vast majority of hospitals in Pennsylvania are mostly empty … Read more.