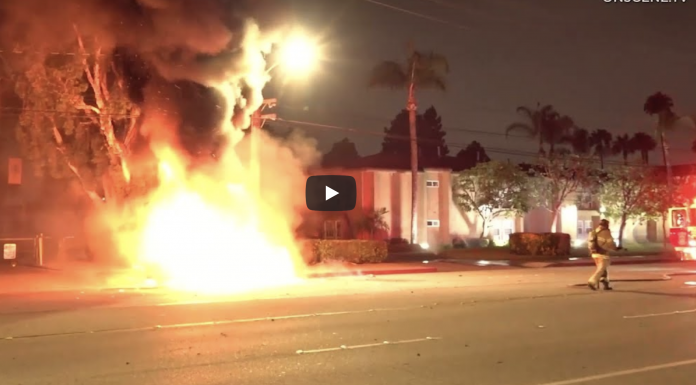 If you choose to use LEGAL fireworks

| National Safety Council – In 2017, eight people died and over 12,000 were injured badly enough to require medical treatment after fireworks-related incidents.

Of these, 50% of the injuries were to children and young adults under age 20.

And while the majority of these incidents were due to amateurs attempting to use professional-grade, homemade or other illegal fireworks or explosives, an estimated 1,200 injuries were from less powerful devices like small firecrackers and sparklers.

If consumer fireworks are legal to buy where you live and you choose to use them, be sure to follow the following safety tips:

Knuckleheads destroy four windows in their own house (listen closely at 0:55) [WARNING: language]

Yes, Sparklers Are In Fact Dangerous

Every year, young children can be found along parade routes and at festivals with sparklers in hand, but sparklers are a lot more dangerous than most people think.

Sparklers burn at about 2,000 degrees – hot enough to melt some metals. Sparklers can quickly ignite clothing, and children have received severe burns from dropping sparklers on their feet.

According to the National Fire Protection Association, sparklers alone account for more than 25% of emergency room visits for fireworks injuries.

For children under 5 years of age, sparklers accounted for nearly half of the total estimated injuries.

LONDON (AP) — British Prime Minister Boris Johnson faced a wave of public and political outrage on Tuesday over allegations that he and his...
Read more