Suburban housewives have taken up gun and bow in record numbers.

New York Times – A camo-clad pair of hunters slipped into the woods near Yaphank, Long Island, one Sunday this winter, to position themselves before sunset, when white-tailed deer are most active.

One carried pink arrows, and the other had a purple bow.

But the tree stand they planned to climb into was missing. It happens — the hunter’s equivalent of a stolen bike.

So, Jacqueline Molina and Marissa Estatio went on foot that day, walking through the gray woods.

Stalking through the forest was how Ms. Molina got her first buck, in November.

The ground was wet, so she moved through the woods quietly, and suddenly saw the six-point buck. She drew an arrow and froze, waiting for a clear shot, and when she took it, he ran.

She found him in a thicket of vines and thorns. “He had passed,” she recalled. “It was very emotional.”

It’s a scene that is more and more common on this part of Long Island, where women are taking to the woods in part to deal with an exploding deer population.

Women, in fact, are the fastest growing demographic in hunting; they now account for as much as 15 percent of hunters nationwide, according to a study from the Fish and Wildlife Service.

In New York State, as in the rest of the country, the number of first-time adult male hunters declined by over 30 percent over the last 15 years, while the number of women hunting for the first time increased at roughly the same rate.

For Long Island, this spike in women hunting comes at a time of need.

“Obviously there is a problem with deer overpopulation on Long Island. I’ve been in two deer-related accidents in three years, so I can speak personally to that one.”

The State Department of Environmental Conservation announced that 53,000 women in New York got licenses to hunt in 2018  … Read more.

Wildlife Enthusiast Magazine – These are our picks for the “30 Most Influential Female Hunters in North America,” as of July 2019. 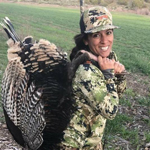 Mia Anstine inspires many other women to get outside, hunt, fish, shoot, and survive life. She is a certified firearms and archery instructor, as well as hunter education instructor.

Mia strives to preserve our constitutional rights with a focus on freedom of religion and the right to bear arms. She also works to continue traditions passed down from generations before with an emphasis on conservation.

Mia was the first American woman of Latin descent to be featured on the cover of Field & Stream magazine.

Alongside 10 other women featured, they are “boots on the ground” representatives of the many women who are making a difference in the outdoor industry. 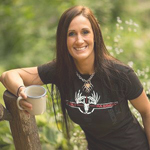 After graduating from college with honors and armed with a degree in television broadcasting, Melissa Bachman set her sights on a career in outdoor TV.

She began as an intern and was soon offered a position as a full-time producer, where she traveled the country, producing shows with a variety of incredible hunters on some fantastic adventures.

In addition, Melissa spent every spare moment of her free time arduously filming and editing her own hunts.

Now she spends nearly 250 days a year in the field, hunting around the globe and producing her series, “Winchester Deadly Passion,” a top-notch, adrenaline-pumping hunting show on the Sportsman Channel. 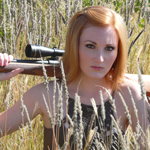 Brittany Boddington’s hunting career began after high school when, as a graduation gift, she went on her first safari with her father, taking five trophy animals.

She has since become a passionate hunter and conservationist and now spends most of the year happily living out of a suitcase in pursuit of exotic animals and exciting adventures.

She was honored as the first woman to ever appear on the cover of Peterson’s Hunting and also was featured in the book The Diana Files: The Huntress-Traveller through History by Fiona Clair Capstick. Read more.

Maxine Waters Speaks: This Could Get Ugly