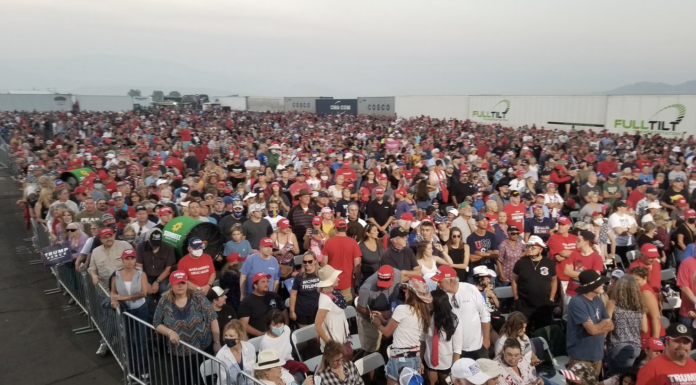 “Too often women are offended, mistreated, raped and forced to prostitute themselves … If we want a better world, a home of peace and not a courtyard of war, we all must do much more for the dignity of each woman.” – Pope Francis

PARIS (AP) — With domestic violence on the rise amid the coronavirus pandemic, activists are holding protests Wednesday from France to Turkey and world dignitaries are trying to find ways to protect millions of women killed or abused every year by their partners.

The pope called for global action to mark the International Day for the Elimination of Violence against Women. France’s government sealed a deal with TikTok to encourage young people to report abuse through the social network. World soccer governing body FIFA announced an awareness campaign.

“Men’s violence against women is also a pandemic – one that pre-dates the virus and will outlive it,” said Phumzile Mlambo-Ngcuka, executive director of the U.N. Women agency.

In Ukraine, the Femen feminist activist group staged a topless protest outside the president’s office Wednesday. Protests were also planned in Turkey and France.

Pope Francis marked the day by tweeting: “Too often women are offended, mistreated, raped and forced to prostitute themselves … If we want a better world, a home of peace and not a courtyard of war, we all must do much more for the dignity of each woman.”

Francis has strongly denounced feminicide, or the killing of women, and has frequently spoken out about the need to better appreciate women, including in the church and decision-making positions, though he has firmly upheld the church’s doctrine forbidding them from being priests.

France’s deal with TikTok is among multiple measures it has taken since a national reckoning over domestic violence last year prompted by an unusually high number of women killed by their husbands, boyfriends or former partners. Activists say more needs to be done.

France’s minister for equal rights, Elisabeth Moreno, said that reports of domestic violence registered with the government rose 42% during France’s first virus lockdown in the spring, and have risen 15% since a new lockdown was imposed nearly a month ago. Given that most people don’t report such abuse, the real rise is believed to be higher.

Moreno urged teachers, co-workers and others to speak out if they see signs of abuse, saying, “A society that is violent is one where we should all feel responsible,” she said Wednesday on RTL radio. “Everyone can see it if we accept to see it. And we must all denounce it.”

Citing the impact of the pandemic, the European Union announced plans Wednesday to increase diplomatic and development efforts to work harder on empowering women and girls.