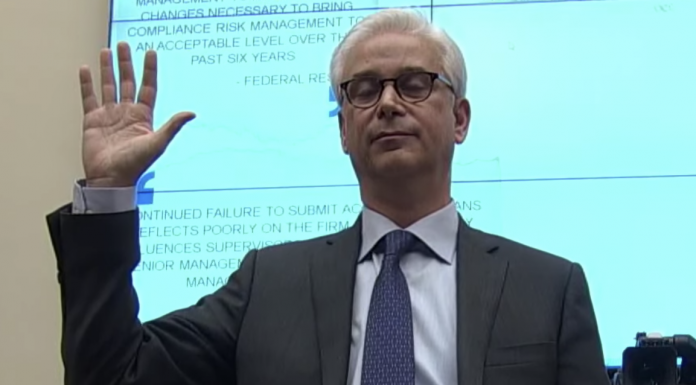 “There is a very limited pool of Black talent.”

Scharf said that “there is a very limited pool of Black talent to recruit from” in corporate America. The memo to employees was written in June, but became public this week.

The comments and similar statements made in a Zoom meeting, reported by Reuters, led to an intense backlash in Washington and on social media.

“Perhaps it is the CEO of Wells Fargo who lacks the talent to recruit Black workers,” said Rep. Alexandra Ocasio-Cortez of New York, on Twitter.

Scharf on Wednesday said in a prepared statement that his comments reflected “my own unconscious bias.”

“There is no question Wells Fargo has to make meaningful progress to increase diverse representation,” he wrote.

Wells has pledged to increase hiring of minority candidates, particularly through Black colleges and universities, as well as new anti-racism training programs at the bank.

Like much of the political and corporate world, the banking industry has had to face a reckoning for its role in the racial and economic inequality that faces Black and other minorities, in the wake of the death of George Floyd. Banks have announced changes to how they lend, and created new programs to spur economic development in communities of color … Read more.