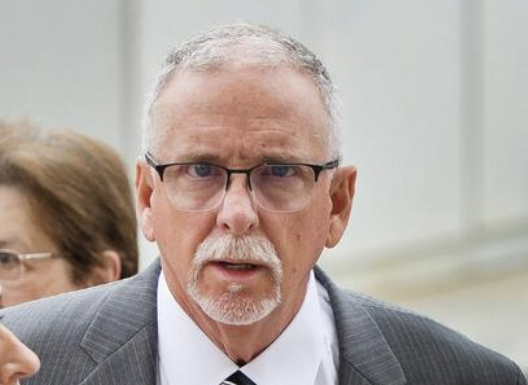 Simulated intercourse with an ultrasound probe, made inappropriate comments during examinations

LOS ANGELES (AP) — The University of California has agreed to pay more than $100 million to settle allegations that several hundred women were sexually abused by a former UCLA gynecologist, lawyers announced.

The settlement was announced Monday by some of the attorneys representing 203 women who said they were groped or otherwise abused by Dr. James Heaps over a 35-year career. Details weren’t released.

The suit said that the university ignored decades of complaints and deliberately concealed abuse.

The University of California, Los Angeles began investigating Heaps in 2017 and he retired the next year after the school declined to renew his contract.

Heaps also was criminally charged last year with 21 counts of sexual offenses involving seven women. He has pleaded not guilty and denied wrongdoing.

The lawsuit was one of hundreds filed that allege abuse by Heaps. UCLA settled a similar lawsuit last year for $73 million.

In that case, more than 100 women said that between 1983 and 2018, Heaps groped women, simulated intercourse with an ultrasound probe or made inappropriate comments during examinations at the UCLA student health center, Ronald Reagan UCLA Medical Center or his on-campus office.

Under the class-action settlement, some 6,600 former patients were to receive between $2,500 and $250,000, with the higher amounts involving the extent of bodily injury and emotional distress as decided by a panel of experts.

UCLA didn’t acknowledge wrongdoing in reaching that settlement but did agree to change its procedures for preventing, identifying, investigating and dealing with sexual misconduct.

Last month, the University of Michigan announced a $490 million settlement with more than 1,000 people who say they were sexually assaulted by a sports doctor, Dr. Robert

Anderson, during his nearly four-decade career at the school. He died in 2008.
Last March, UCLA’s cross-town rival, the University of Southern California, agreed to a $852 million settlement with more than 700 women who accused its longtime campus gynecologist, Dr. George Tyndall, of sexual abuse. The university reached a $215 million settlement in a separate suit.

Tyndall, who worked at the school for nearly 30 years, has pleaded not guilty to dozens of sexual misconduct criminal counts.

The USC settlements far surpassed one announced in 2018 by Michigan State University. That $500 million agreement — considered the largest of its kind at that time — settled claims from more than 300 women and girls who said they were assaulted by Larry Nassar, who was a campus sports doctor and a doctor for USA Gymnastics.