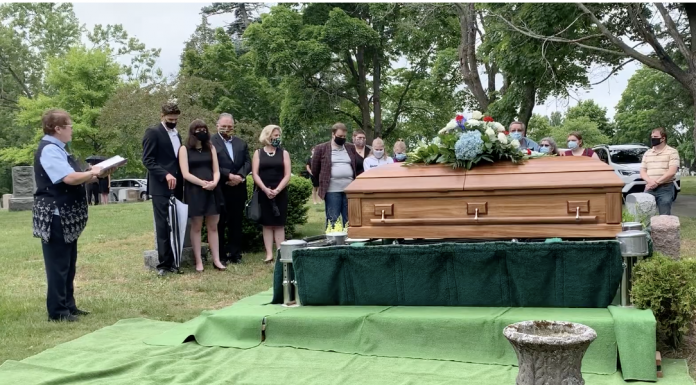 Covid killed most but other diseases adding to the toll, CDC says

The United States has recorded more than 1 million “excess deaths” since the start of the pandemic, government mortality statistics show, a toll that exceeds the officially documented lethality of the coronavirus and captures the broad consequences of the health crisis that has entered its third year.

The excess-deaths figure surpassed the milestone last week, reaching 1,023,916, according to Robert Anderson, chief of the mortality statistics branch of the Centers for Disease Control and Prevention’s National Center for Health Statistics.

The center updates its estimate weekly.

Although the vast majority of the excess deaths are due to the virus, the CDC mortality records also expose swollen numbers of deaths from heart disease, hypertension, dementia and other ailments across two years of pandemic misery.

In 2019, before the pandemic, the CDC recorded 2.8 million deaths. But in 2020 and 2021, as the virus spread through the population, the country recorded roughly a half-million deaths each year in excess of the norm.

The virus emerged in China in late 2019 and began killing people there in January 2020. It did not spread significantly in the United States until that February, and it wasn’t until the final week of March 2020 that it began to send the excess-deaths metric soaring.

The CDC’s excess deaths tracker shows in detail the speed and intensity of that initial wave: Deaths soared more than 40 percent above normal in the United States in the second week of April 2020.

The lethality in early April was concentrated in a few hot spots; for example, deaths in New York City were seven times the norm, but some regions had minimal change in mortality for many months.

The CDC mortality branch’s official count of deaths from covid-19 stood at 911,145 as of Tuesday … READ MORE.