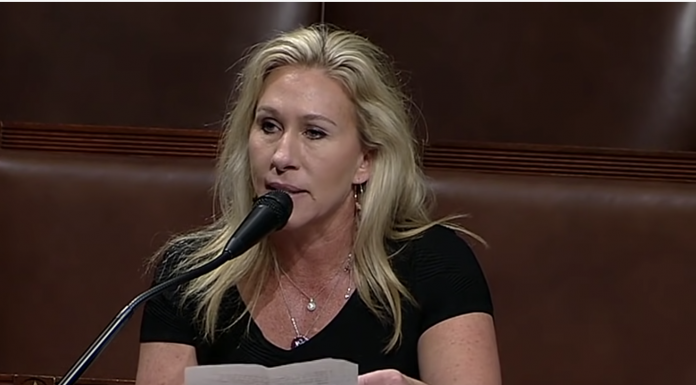 SAN FRANCISCO — Twitter said on Monday that it was suspending Representative Marjorie Taylor Greene from its service for 12 hours after she posted messages that violated its policy against sharing misleading information about the coronavirus.

Ms. Greene, Republican of Georgia, has been an outspoken opponent of vaccines and masks as tools to curb the pandemic.

In tweets on Sunday and Monday, she argued that Covid-19 was not dangerous for people unless they were obese or over age 65, and said vaccines should not be required.

But cases of the coronavirus are on the rise, and the highly contagious Delta variant accounts for more than half of new infections in the United States, federal health officials said this month.

In Ms. Greene’s home state, Georgia, new cases have increased 193 percent in the past two weeks.

Twitter said Ms. Greene’s tweets were misinformation, and it barred her from the service until Tuesday.

The company also added labels to Ms. Greene’s posts about the vaccines, calling them “misleading” and pointing to information about the safety of the inoculations.

In a statement, Ms. Greene said Silicon Valley companies were working with the White House to attack free speech. “These Big Tech companies are doing the bidding of the Biden regime to restrict our voices and prevent the spread of any message that isn’t state-approved,” she said.

Twitter took action after President Biden called on social media companies to do more to combat the spread of vaccine misinformation on their platforms.

On Friday, Mr. Biden said that sites like Facebook were “killing people” by allowing misinformation to flourish unchallenged, adding, “Look, the only pandemic we have is among the unvaccinated, and that — and they’re killing people … ” READ MORE (subscription may be required)