Turns Out Salad Tongs Weren’t The Only Thing Up There 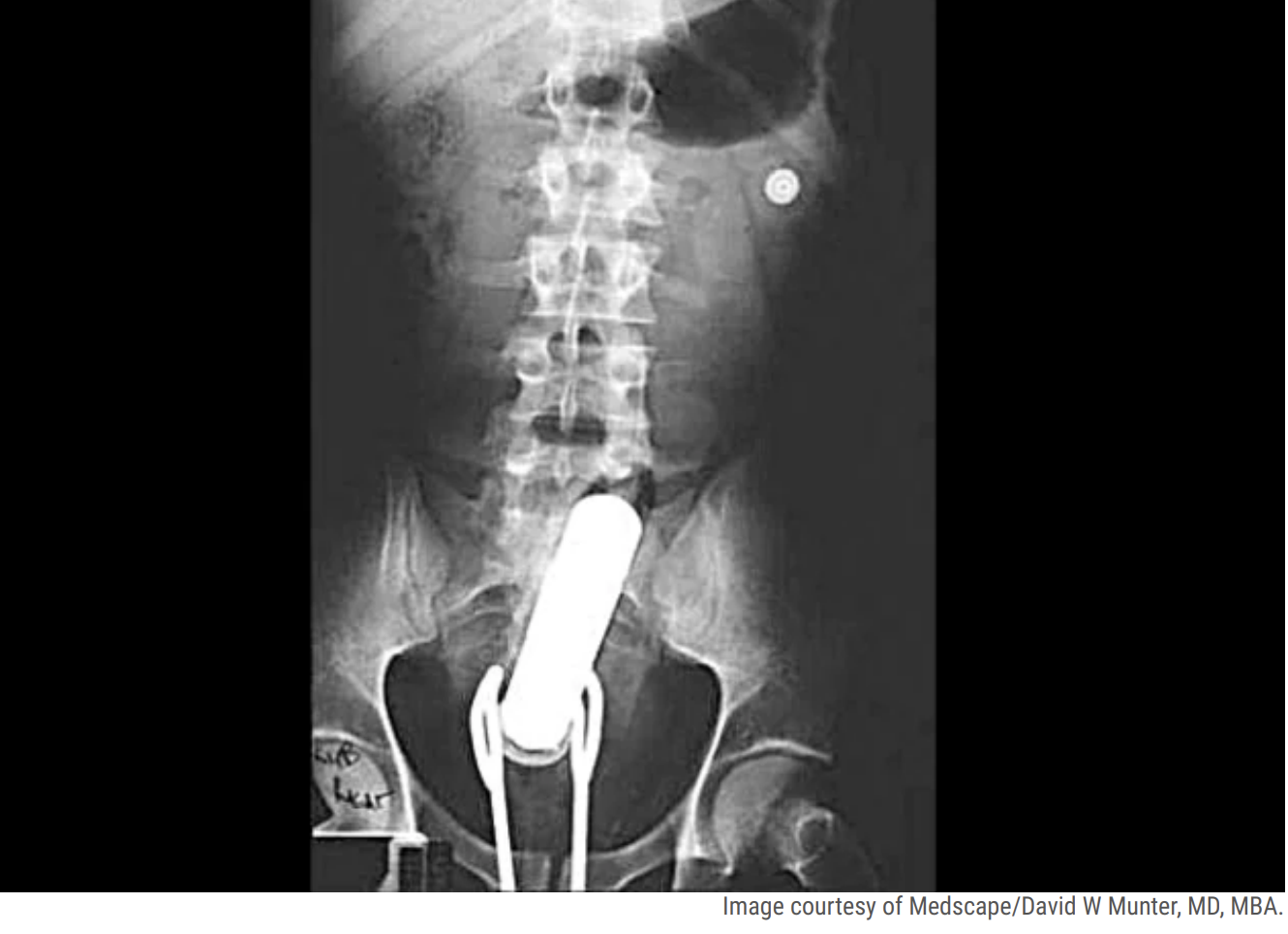 "Patients may be very embarrassed to disclose the circumstances regarding the foreign body insertion and may have made multiple attempts at self-removal."

Some rectal foreign bodies were swallowed but produce complications only after transiting to the rectum.

Adults who have ingested a foreign body usually present to the ED or clinic soon thereafter.

Patients may be very embarrassed to disclose the circumstances regarding the foreign body insertion and may have made multiple attempts at self-removal.

Unusual problem is common enough to have its own diagnosis code: “ICD-10 diagnosis T18.5 – Foreign body in anus and rectum”

Most rectal foreign bodies are found in men with an increased incidence in the United
Kingdom.

Rectal foreign bodies may be self-inserted by children, psychiatric patients, or
for sexual gratification in adults.

“In the early 80s, Philadelphian newscaster Jerry Penacoli suffered career damage after a rumor started that he had visited a local emergency room to have a gerbil removed from his colon.”

EDITOR’S NOTE: Apparently some men are in need of a reminder that the same rule applies to ears and anuses: never insert anything other than your elbow, unless prescribed by a doctor.