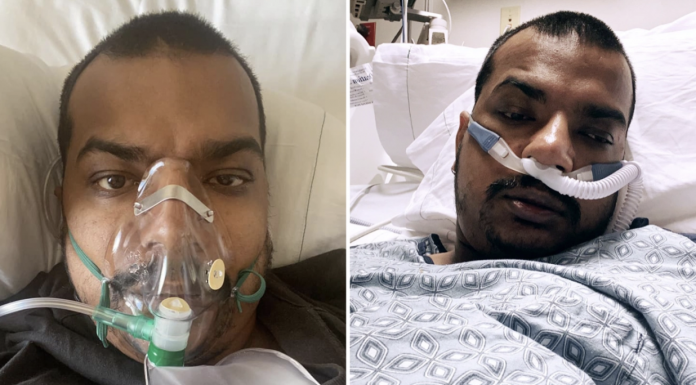 BBC NEWS – Stephen Harmon, a member of the Hillsong megachurch, had been a vocal opponent of vaccines, making a series of jokes about it.

He was treated for pneumonia and Covid-19 in a hospital outside Los Angeles, where he died on Wednesday.

In the days leading up to his death, Mr. Harmon documented his fight to stay alive, posting pictures of himself in his hospital bed.

“Please pray y’all, they really want to intubate me and put me on a ventilator,” he said.

“The perceived dichotomy between science and faith is really a false dichotomy, and that there can logically be absolutely no tension between the Christian faith and true science.” – Ben Hayes, Sacha Walicord, Dordt University | SOURCE

In his final tweet on Wednesday, Mr. Harmon said he had decided to go under intubation.

Despite his struggle with the virus, Mr. Harmon still said he would reject being jabbed, saying his religious faith would protect him.

Prior to his death, he shared memes saying he trusted the Bible over top US disease expert Dr Anthony Fauci …

“NOTE: Stephen’s thoughts on vaccines were his own. They do not represent the views and thoughts of Hillsong Church.

“Many of our pastors, staff, and congregation are fully vaccinated and more will be when vaccines become available to them in their countries.” READ MORE.

“The apparent conflict between science and religion is a relatively recent phenomenon, that’s been ‘invigorated’ by the media’s need for drama.” – Views of Christian astrophysicist Dr Jennifer Wiseman, reported by ABC NEWS | SOURCE