“Trigender” Person Identifies as Male, Female and Something Else 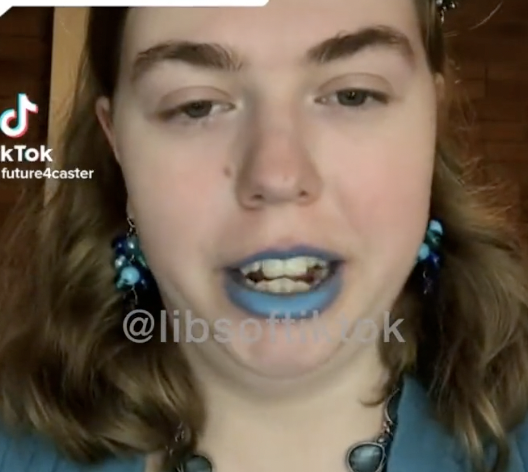 (Molly Bruns, Headline USA) A recent viral video on TikTok spurred the popularity of a new form of woke, known as “trigender,” where the individual identifies male and female and non-binary all at the same time.

The blue-haired TikTok user who seems to have started the trend elaborated, explaining that being trigender is different from being gender fluid because a trigender person embodies all three of their alleged genders at the same time and that feeling does not shift or change. [It is not clear what third set of genitals may be involved.]

Gender fluid people will either feel more masculine, more feminine or non-binary on any given day, the Post Millennial reported.

“A lot of people don’t see non-binary as a third gender,” said the trigender individual. “So how I feel gender-wise is like a man, like a woman, and as neither at the same time.”

“I hope this clears things up,” said the TikTok user.

The LGBT+ brigade has really gone off the rails in recent days, creating nonsense gender identities such as cake gender, or even identifying with emojis.

There is also pangender, which describes people who identify with each of the thousands of genders either at the same time or in varying degrees.

In Canada, where gender identity is enshrined in the law, a pangender person sued the province of Manitoba when they were unable to apply for a passport that could reflect their many gender identities. The individual won $50,000 in the case.

Canadians can also face lawsuits for misgendering others, which is a form of discrimination under the law. The law does not have any limitations, which could be an issue as pronouns shift and change constantly.

So, Canadian citizens must be cautious, lest they be brought up on discrimination charges for incorrectly stating recently-changed pronouns of a particularly vindictive, genderqueer leftist looking for a big pay day.

Jordan Peterson pointed out this issue in the Bill C-16 debate in 2017, and has thus been labeled a bigot and a transphobe.