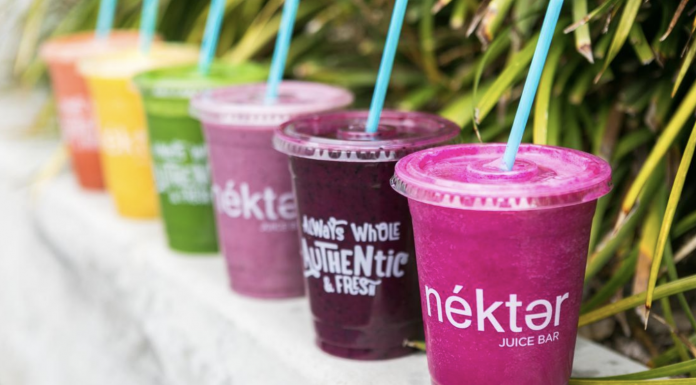 While many bars that serve alcohol remain closed due to Covid-19 restrictions, a juice bar has been identified as the source of an outbreak of fecal bacteria poisoning, a condition that is easily prevented when food service workers wash their hands after using the toilet.

Food Safety News – Minnesota officials are investigating a Salmonella outbreak among patrons of a juice bar. Health officials believe additional people likely are part of the outbreak. [Salmonella is a fecal bacteria. – Ed.]

A specific source from NéktƏr Juice Bar in Woodbury, MN, has not yet been pinpointed, but the Minnesota Health Department is reporting that all confirmed patients have infections from a specific variant of Salmonella Paratyphi B, meaning they were most likely sickened by the same source.

As of today, the investigators continue to interview patients in their attempts to identify a specific food or drink that was contaminated with the Salmonella. The outbreak patients became ill between Aug. 27 and Sept. 21. Two cases have been hospitalized. All are recovering, according to state health officials.

“The investigation to date has found that the cases consumed a variety of menu items — juices, smoothies, or bowls — from NéktƏr Juice Bar in Woodbury from mid-August to Sept. 20. It is possible that infections in people who became ill after visiting the establishment more recently have not yet been detected,” according to the state health department.

Approximately 700-1000 Salmonella infections are reported each year in Minnesota.

Food contaminated with Salmonella bacteria does not usually look, smell, or taste spoiled. Anyone can become sick with a Salmonella infection. Infants, children, seniors, and people with weakened immune systems are at higher risk of serious illness because their immune systems are fragile, according to the CDC.

Anyone who has eaten any food or beverages from the implicated business and developed symptoms of Salmonella infection should seek medical attention. Sick people should tell their doctors about the possible exposure to Salmonella bacteria because special tests are necessary to diagnose salmonellosis. Salmonella infection symptoms can mimic other illnesses, frequently leading to misdiagnosis.

Symptoms of Salmonella infection can include diarrhea, abdominal cramps, and fever within 12 to 72 hours after eating contaminated food. Otherwise healthy adults are usually sick for four to seven days. In some cases, however, diarrhea may be so severe that patients require hospitalization.