The Forgotten Victims of COVID-19: 7 Groups Punished by Lockdowns 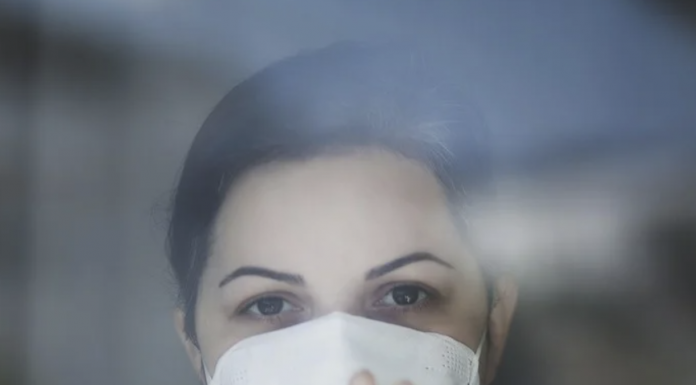 FOUNDATION FOR ECONOMIC EDUCATION – COVID-19 is the most deadly global pandemic since the 1918 influenza outbreak, claiming more than 5 million lives worldwide and counting. Well over 700,000 of these deaths occurred in the United States, which is comparable to the number of lives lost in the American Civil War.

Yet the pandemic’s trail of destruction reaches even further than this death toll. Millions of Americans have suffered as a result of lockdowns and other mitigation efforts. Here are some categories of forgotten victims, whose stories should also be heard.

The CDC found that by June 30, 2020, more than 40 percent of U.S. adults had avoided medical care due to concerns over COVID-19. In other cases, people who sought medical attention had their treatments postponed. Delayed treatment causes known conditions to worsen and prevents the discovery of new conditions.

The Washington Post reports that a surge of advanced illnesses came to light in the spring of 2021, many of which developed due to inattention in 2020. Cancer screenings and treatments, for example, dramatically decreased during the pandemic. A study published in JCO Clinical Care Informatics found that “screenings for breast, colon, prostate, and lung cancers were lower by 85%, 75%, 74%, and 56%, respectively” in April 2020. The authors of the study conclude that these delays in treatment may “increase cancer morbidity and mortality for years to come.”

There were also over 93,000 drug overdose deaths in 2020, according to CDC data, a staggering 29.4 percent increase from 2019. Addiction Center explains that “[a]ddiction, often referred to as the disease of isolation, has been affected by strict social distancing guidelines, working from home, and other factors.”

Alcohol abuse also sharply increased in 2020. A RAND Corporation study found that the frequency of heavy drinking among women rose 41 percent during the pandemic. Other researchers found that participants who reported high degrees of stress due to COVID-19 consumed “significantly more alcohol than participants who did not report these high levels of stress.”

Depression among US adults tripled during the pandemic, according to one study, skyrocketing from 8.5 percent to 27.8 percent of those surveyed. Census Bureau data likewise indicates an exploding mental health crisis, with 41.1 percent of adults reporting symptoms of anxiety disorder or depressive disorder in January 2021, compared to 11.0 percent before the pandemic.

These numbers suggest that tens of millions of Americans acquired depression during and likely as a result of the COVID-19 outbreak and ensuing lockdowns. More than 26 percent of adults reported having a trauma-and stressor-related disorder attributable to the pandemic, according to a CDC study. The same survey found that over a quarter of people ages 18-24 had seriously considered suicide in June 2020.

Domestic violence is being called a “pandemic within the COVID-19 pandemic,” with a systematic review of studies concluding that “[i]ncidents of domestic violence increased in response to stay-at-home/lockdown orders.” One study explains that “stay-at-home orders may create a worst-case scenario for individuals suffering from DV” as isolation “may expose or worsen vulnerabilities due to a lack of established social support systems.”

More than 20 million Americans lost their jobs during the early months of the COVID-19 pandemic, surging the unemployment rate to 14.7 percent, the highest rate since the Great Depression. Unemployment is steadily declining now, but nearly 200,000 businesses closed permanently due to the pandemic, according to an estimate from the Federal Reserve Board, and many laid-off Americans remain jobless.

Many nursing home residents were also separated from their spouses, families, and even co-residents for over a year. Extreme isolation leads to mental and physical degradation, which the Associated Press estimates resulted in more than 40,000 excess “neglect deaths” from March to November 2020.

When schools closed, online education largely failed to adequately replace in-person learning. Research from NWEA discovered that students in the 2020-21 school year fell behind 8-12 percentile points in math and 3-6 points in reading, compared to historical trends.

They concluded, moreover, that “American Indian and Alaska Native (AIAN), Black, and Latinx students, as well as students in high-poverty schools were disproportionately impacted.” Beyond a reduction in learning, another study found that school closures “contribute to stress in parents and children” and can “threaten child growth and development.”

The ways society has suffered from the pandemic go on and on. To name just a few more:

Some of these costs were preventable; others may not have been. Some are short-term problems; others will have lasting effects. Many of them resulted from lockdowns, restrictions, and fear-inducing messaging, illustrating how the way we respond to outbreaks can cause additional problems.

Human beings are not merely bodies subject to viral infection, but social and spiritual beings, dependent on established ways of life and vulnerable to fear and isolation. Culture and society evolved to fulfill the many physical, emotional, and spiritual needs of the population, and huge changes to this way of life cause unintended effects across the entire ecosystem. The past twenty months have demonstrated this more than ever.

As the virus continues to spread around the world, we must do what we can to protect people from all of the present dangers, including the immediate health risks of COVID-19 and as many of the problems compiled above as possible.

May our eyes recognize all the victims of this pandemic, our hearts break for them, our minds learn from their stories, and, most importantly, our actions prevent future disasters of this scale.

Nathan Mech is the Program Outreach Project Manager for the Acton Institute.