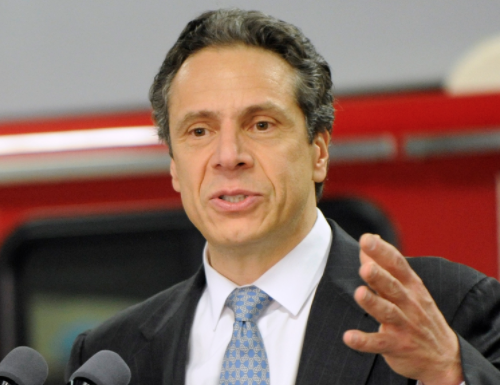 PLUS: New Mexico governor shells out $62,500 for alleged crotch grab

NEW YORK POST – President Biden once spoke admiringly about Gov. Andrew Cuomo’s “absolutely enormous balls” — and illustrated his remarks with an indecent gesture, according to a report Tuesday.

The incident, which reportedly took place before an official event in Rochester, NY in 2015, was recounted to The New York Times Magazine by a Cuomo aide who spoke at the time with Biden, then the nation’s vice president.

“Can I tell you my favorite thing about the governor?” Biden reportedly said.

Biden also reportedly cupped his hands as if he were holding a pair of melons, the magazine said.

The reported exchange is one of a series of anecdotes contained in a devastating, 8,500-word profile of Cuomo, who’s portrayed as a boorish bully with a penchant for crude, sexist remarks … Click here to read more.

NEW YORK POST – New Mexico Gov. Michelle Lujan Grisham’s campaign has shelled out at least $62,500 to a former staffer after he accused her of grabbing his crotch and laughing at him in front of his co-workers.

The payments were revealed in a campaign finance report filed late Monday and were made to a law firm representing James Hallinan, the former staffer who previously worked as a spokesman for the governor during her campaign, the Albuquerque Journal reported Monday.

Jared Leopold, a spokesman for the campaign, said the payments are part of a settlement to resolve “numerous dubious and disputed potential claims made by Mr. Hallinan arising from his employment in 2018 … and his subsequent search for employment,” the outlet said.

Hallinan, who has since started his own communications company, accused Lujan Grisham of sexual assault in late 2019, about a year after he left the campaign.

He alleged the governor poured a bottle of water on his crotch in front of other staffers and then grabbed his genitals through his clothes while she laughed, the outlet said.

The former spokesman said at the time he was talked out of reporting the incident by the governor’s campaign manager, Dominic Gabello, who is currently working as a senior adviser in Lujan Grisham’s office … Click here to read more.