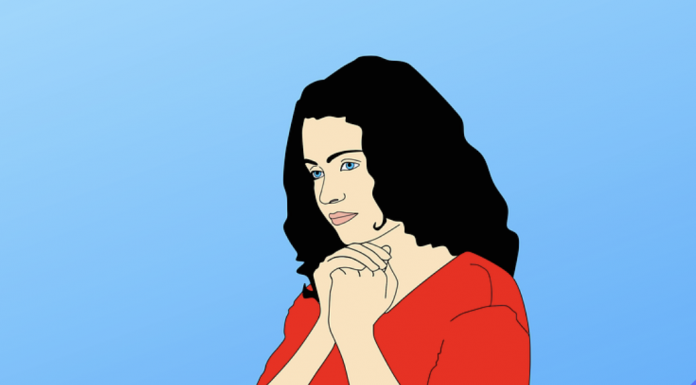 HOUSTON (AP) — A year after the death of Supreme Court Justice Ruth Bader Ginsburg, one of the country’s top abortion-rights activists warned that the Supreme Court’s recent inaction on Texas’ extremely restrictive new abortion law could signal the end of judicial checks and balances on the issue.

“For a lot of people, they’ve always assumed that, even if they lived in a state that passed restrictions on reproductive care, that there was always a judicial system that would be there to protect them and declare these laws unconstitutional,” Cecile Richards, former president of Planned Parenthood, told The Associated Press in an interview this week.
“That isn’t happening any more.”

To coincide with Saturday’s anniversary of the death of Ginsburg, whom she called “a trailblazer and advocate for women everywhere,” Richards released an open letter warning that Texas’ Republican leaders “have outlined a roadmap for other Republican governors to follow suit, with the acquiescence of the Supreme Court.”

“The right to a safe and legal abortion that had been protected under our constitution and by our judicial system for nearly 50 years is in jeopardy, and we must fight to fully regain it,” wrote Richards, who stepped down from the helm of Planned Parenthood in 2018 and currently co-chairs American Bridge 21st Century, which supports liberal causes and conducts opposition research on Republicans

Texas’ new law, which is the nation’s most restrictive, prohibits abortions once medical professionals can detect cardiac activity, which is usually around the sixth week of pregnancy and before some women know they’re pregnant.

Courts have blocked other states from imposing similar restrictions, but Texas’ law differs significantly because it leaves enforcement to private citizens through lawsuits instead of prosecutors through criminal charges.

The measure took effect this month after the U.S. Supreme Court declined an emergency appeal from abortion providers asking that it be stayed. Opponents of the law have called it the nation’s biggest curb to abortion rights since the court’s 1973 Roe v. Wade decision, which established a nationwide right to abortion at any point before a fetus can survive outside the womb, which is roughly around the 24th week.

Texas Gov. Greg Abbott has defended the measure — which has no exceptions for rape or incest — saying it does not force victims to give birth and vowing that the state “will work tirelessly to make sure that we eliminate all rapists from the streets of Texas by aggressively going out and arresting them and prosecuting them.”

Abortion providers have said they will comply, but some of Texas’ roughly two dozen abortion clinics have temporarily stopped offering abortion services altogether. Clinics in nearby states say they are struggling to meet surging demand, and care for their own residents is being delayed to accommodate women making long trips from Texas.

The Justice Department is suing Texas, saying in a federal suit that the law was enacted “in open defiance of the Constitution” and violates the Supremacy Clause, which says federal law supersedes state law. A federal judge next month is set to consider the case, which argues that the measure unlawfully infringes on the constitutional rights of women.

According to a poll earlier this year by The Associated Press-NORC Center for Public Affairs Research, a solid majority of Americans believe most abortions should be legal in the first three months of a woman’s pregnancy, but most say the procedure should usually be illegal in the second and third trimesters.

The poll came just weeks after the U.S. Supreme Court agreed to hear a case involving a currently blocked Mississippi law that would ban abortions after 15 weeks of pregnancy, two weeks into the second trimester. Similar measures in states across the country are on hold pending the outcome of that case.

Richards said she is concerned that, without a shift in direction, Roe v. Wade could be headed for extinction in more places. But she pointed to the 2022 midterm elections as what she sees as a way for voters to change that.

“We are in a post-Roe world now,” Richards said. “Here in the state of Texas, Roe is no longer in effect … and all it takes is a Republican governor and a Republican Legislature. Your state could be exactly the same.”
___
Meg Kinnard can be reached at http://twitter.com/MegKinnardAP