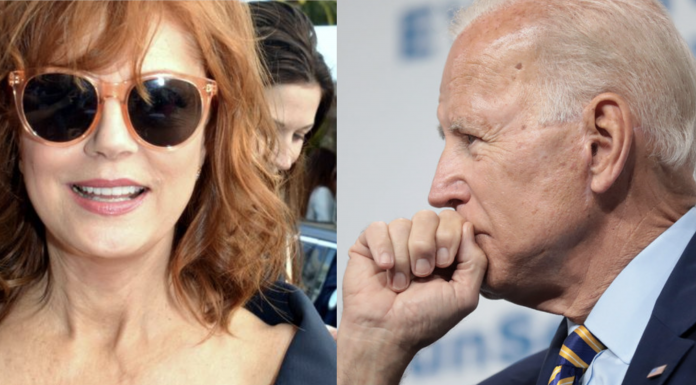 Many Sanders supporters have been disappointed by their candidate’s decision to end his campaign and endorse Biden — claiming Biden is an “establishment” Democrat who lacks a commitment to the progressive agenda that Sanders espoused.

In their tweets, some have suggested that the claim against Biden supports their view that the former vice president is not worthy of the Democratic presidential nomination.

Sarandon retweeted at least three Twitter posts regarding the 1993 video clip, in which a caller to the King show, later confirmed to have been the mother of Biden accuser Tara Reade, asks King for advice regarding her daughter — whom the caller claims had “problems” with a “prominent senator” for whom the daughter worked.

Sarandon has been a vocal Sanders surrogate at least since the 2016 campaign. She said in a 2017 interview she couldn’t bring herself to vote for Hillary Clinton in 2016 and has slammed Biden recently for not being progressive enough.

Reade, who worked for Biden briefly in the early 1990s when he was a U.S.senator representing Delaware, claimed last month he sexually assaulted her in 1993, around the time of the video, and said she told her mother about the alleged assault immediately and her mother told her to file a police report, according to The New York Times.

Instead, she told The Times, she complained to three other Biden staffers and was ignored. She claims she was later told she “wasn’t a good fit” for the job before being asked to leave … Read more.