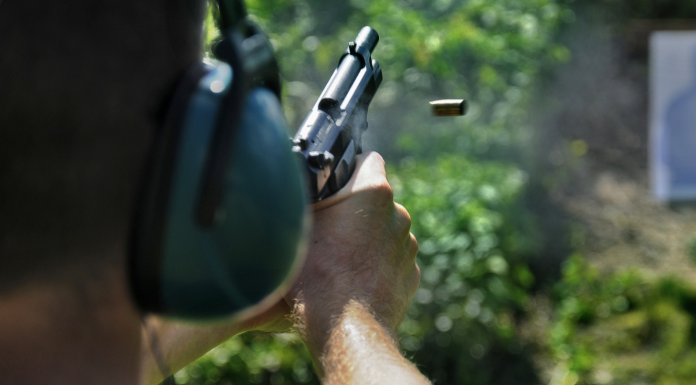 May 14, 2020 | (CNN) Georgia officials are working to completely eradicate a species they say poses a major threat to some of the state’s native wildlife: the Argentine black and white tegus.

John Jensen, a biologist with the Georgia Department of Natural Resources’ Wildlife Conservation Section, said the lizard can grow up to about 4 feet in size and can eat “just about anything they want.”

“Tegus will eat the eggs of ground-nesting birds — including quail and turkeys — and other reptiles, such as American alligators and gopher tortoises, both protected species,” according to the department’s website.

Washington state now has another bug to worry about after ‘murder hornets.’ Gypsy moths

They can also eat fruit, vegetables, pet food, and small animals — including grasshoppers and gopher tortoises.

Biologists believe the lizards are in Toombs and Tattnall counties.

The lizards are native to South America, the department says on its website, weigh about 10 pounds or more … Read more.

DNR and partners are working to eradicate a wild population of Argentine black and white tegus in Toombs and Tattnall counties in southeast Georgia.

Growing up to 4 feet long and weighing 10 pounds or more, this lizard native to South America is an invasive species that threatens Georgia wildlife.

Tegus will eat the eggs of ground-nesting birds—including quail and turkeys—and other reptiles, such as American alligators and gopher tortoises, both protected species. They will also eat chicken eggs, fruit, vegetables, plants, pet food, carrion and small live animals, from grasshoppers to young gopher tortoises.

Early detection, rapid response and public involvement are key to stopping tegus in this area.

Tell DNR when you see a tegu in the wild, alive or dead. These reports help biologists document occurrences and respond effectively. Note the location, take a photo if possible and report the sighting:

In Toombs and Tattnall counties, keep pet food inside, fill holes that might serve as shelter and clear yards of debris such as brush piles that can provide cover for tegus. (The neighboring counties are located just south of I-16, midway between Macon and Savannah.)

Be a responsible pet owner. Do your research before buying an exotic pet, and don’t let it loose.

Note that as a non-native species, tegus in the wild in Georgia are not protected by state wildlife laws or regulations. They can be legally trapped or killed. However, animal cruelty and local ordinances apply, as do appropriate safety precautions.

The Argentine black and white tegu (Salvator merianae), largest of all tegu species, is native to Brazil, Paraguay, Uruguay and Argentina.

Black to dark gray with white speckled bands across the back and tail, these reptiles can weigh 10 pounds or more and live 20 years. Hatchlings have bright green on their heads, a coloration that fades at about 1 month old.

Sizes vary by age. Hatchlings can be about 6-8 inches long. Adults documented in the wild in Georgia have averaged slightly less than 2 feet.

Tegus are active by day. These fast-moving, terrestrial lizards are rarely found more than a few feet off the ground. But they are strong swimmers and can stay submerged for extended periods.

Tegus occupy mixed grassland/woodlands and disturbed habitats such as forest clearings, fence rows and roadsides. They winter in burrows or under cover in a hibernation-like state called brumation.

In Argentina, tegus are found from sea level up to altitudes of 4,100 feet.

Adult tegus have few predators and can multiply quickly. Females reach reproductive age at about 12 inches long or after their second season of brumation.

They can lay about 35 eggs a year. Hatching in Georgia would be expected in June/July.

Tegus are legal as pets in Georgia but it is illegal to release non-native animals into the wild.

Although not considered aggressive toward people, tegus will defend themselves if threatened. They can react fast and lash with their tails. They have sharp teeth and claws and strong jaws.

In Georgia, tegus might be confused with native reptiles such as juvenile alligators (which are protected), broadhead skinks and eastern fence lizards (although even as adults, all native lizards would be no larger than a hatchling tegu).