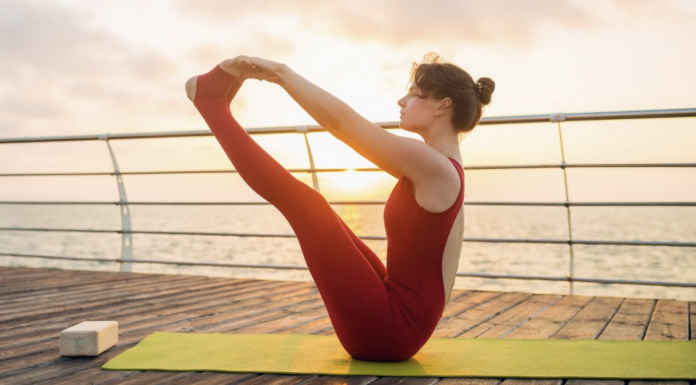 Ban on yoga in Alabama public schools lifted after 27 years

YAHOO! NEWS – A long-standing ban on yoga in Alabama public schools was lifted on Thursday. Governor Kay Ivey signed legislation that would allow public schools to teach the practice for the first time in 27 years.

Yoga was banned in Alabama public schools in 1993, when the Alabama Board of Education voted to prohibit hypnosis, meditation and yoga in public schools after conservative groups pushed the ban, according to the Associated Press.

Democratic state Representative Jeremy Gray introduced HB246 in February to in hopes of lifting the yoga ban. Gray, a former cornerback at North Carolina State University, was introduced to yoga through football and said the exercises can provide mental and physical benefits to students, according to the AP.

In April, the bill stalled in the state’s Senate. During a hearing by the state’s Senate Judiciary Committee, two conservative groups objected the bill, citing concerns about yoga’s ties to Hinduism, according to the Associated Press.

Legislators added amendments to the bill that require parents to sign a permission slip for their children to learn yoga at school … Click here to read more.

JOHNS HOPKINS MEDICINE – If you’ve done your “downward dog” yoga pose today, you’re probably feeling more relaxed. Regardless of your level of yoga expertise, if you’re practicing regularly, you can feel better from head to toe.

Yoga offers physical and mental health benefits for people of all ages. And, if you’re going through an illness, recovering from surgery or living with a chronic condition, yoga can become an integral part of your treatment and potentially hasten healing.

A yoga therapist can work with patients and put together individualized plans that work together with their medical and surgical therapies. That way, yoga can support the healing process and help the person experience symptoms with more centeredness and less distress.

Try it: Tree Pose
Balance on one foot, while holding the other foot to your calf or above the knee (but never on the knee) at a right angle. Try to focus on one spot in front of you, while you balance for one minute.

2. Yoga helps with back pain relief.
Yoga is as good as basic stretching for easing pain and improving mobility in people with lower back pain. The American College of Physicians recommends yoga as a first-line treatment for chronic low back pain.

3. Yoga can ease arthritis symptoms.
Gentle yoga has been shown to ease some of the discomfort of tender, swollen joints for people with arthritis, according to a Johns Hopkins review of 11 recent studies … Click here to read more.