Should You Wear A Mask On A Plane? 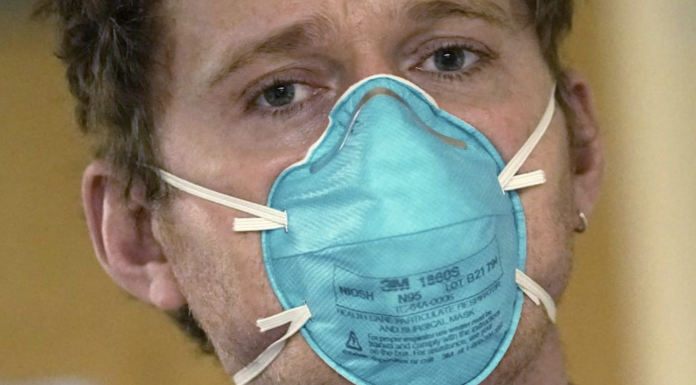 Right now, it’s required, but that could change soon.

TIME – For more than a year, a mask has been as essential at the airport as a boarding pass: you can’t fly without one. But the federal mask mandate for planes, trains, buses, and transit stations including airports is set to expire on March 18, and so far, the government has not announced plans to extend it.

That could change. The Transportation Security Administration has extended the face mask requirement several times so far. But as Omicron cases decline nationwide and states drop their own mandates, it’s not clear whether the policy will be renewed again.

The U.S. Centers for Disease Control and Prevention on Feb. 25 relaxed its own guidance around masking and currently says indoor masking is not necessary for about 70% of the population.

Though that guidance is separate from the travel mandate, it signals a growing acceptance for going bare-faced.

For months, airline executives have questioned the need for in-flight mask mandates, arguing that the air filtration systems on planes are effective enough to eliminate virtually all airborne pathogens.

WOULD YOU wear a mask on a plane, even if you didn’t have to? Comment below.

Representatives for the nation’s largest flight attendant union, however, have said they expect the mandate to be extended, since COVID-19 is still circulating widely and young children remain ineligible for vaccines.

Throughout the pandemic, there have been documented instances of SARS-CoV-2 spreading on planes.

Still, in-flight transmission happens less frequently than one might expect with such close quarters and shared air.

The authors of a research review published in September 2021 concluded that “transmission of SARS-CoV-2 can occur in aircrafts but is a relatively rare event.”

Should I wear a mask on a plane?

Right now, it’s required. But you might want to continue masking up on planes even if the mandate expires. Research has shown that wearing a mask in public indoor spaces reduces your risk of later testing positive for COVID-19.

On planes, the air is frequently filtered, which helps keep the risk of in-flight transmission fairly low … READ MORE.

WOULD YOU wear a mask on a plane, even if you didn’t have to? Comment below.