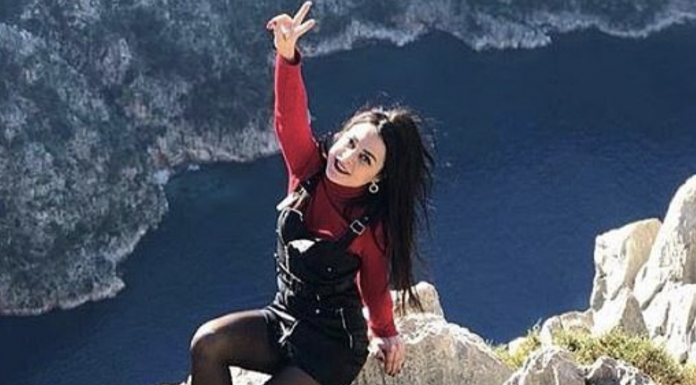 Daily Mail – A 31-year-old woman slipped and fell from a 115-foot cliff to her death while posing for a picture in Turkey.

Olesya Suspitsyna perished in front of her female friend who was taking the photograph in the tourist city of Antalya in the south-west of the country.

The incident occurred on Sunday after the government lifted the coronavirus quarantine in the city.

During the walk, Olesya decided to take a photo on the edge of a cliff with the waterfalls in the background.

She climbed over the safety fence and started posing for the image in front of her friend, who has not been named.

At one point, Olesya slipped on the grass, lost her balance and dropped off the cliff.

Olesya’s body was found and pulled out of the water by local rescuers.

Police investigated the case and concluded it was an accident, the victim’s relatives said.

Olesya worked as a tour guide in the city for the last five years.

‘Olesya was a smart and cheerful person. She set goals and made them happen.’

‘More than anything she loved the feeling of freedom … ‘ Read more.