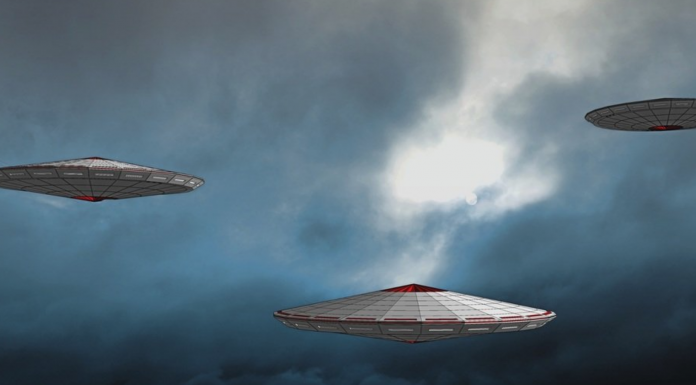 (CNN) When President Donald Trump signed the $2.3 trillion coronavirus relief and government funding bill into law in December, so began the 180-day countdown for US intelligence agencies to tell Congress what they know about UFOs.

The director of National Intelligence and the secretary of defense have a little less than six months now to provide the congressional intelligence and armed services committees with an unclassified report about “unidentified aerial phenomena.”

It’s a stipulation that was tucked into the “committee comment” section of the Intelligence Authorization Act for Fiscal Year 2021, which was contained in the massive spending bill.

That report must contain detailed analyses of UFO data and intelligence collected by the Office of Naval Intelligence, the Unidentified Aerial Phenomena Task Force and the FBI, according to the Senate intelligence committee’s directive.

It should also describe in detail “an interagency process for ensuring timely data collection and centralized analysis of all unidentified aerial phenomena reporting for the Federal Government” and designate an official responsible for that process.

Finally, the report should identify any potential national security threats posed by UFOs and assess whether any of the nation’s adversaries could be behind such activity, the committee said.

The submitted report should be unclassified, the committee said, though it can contain a classified annex.

A spokesperson for the Office of the Director of National Intelligence confirmed the news to the fact-checking website Snopes.

The Pentagon released three short videos in April of last year showing “unidentified aerial phenomena” — clips that the US Navy had previously confirmed were real … Click source below to read more.

Yahoo! Finance – A new Popular Science feature highlights a Central Intelligence Agency (CIA) pilot who was killed in a secret aircraft test flight, and the guy who set out to find the crash site of his plane decades later.

The predecessor to the SR-71 Blackbird, Lockheed’s Skunkworks built the A-12 for the same purpose: strategic, high-altitude reconnaissance.

Lockheed built just 15 A-12s in total, and the tiny fleet lost two planes to crashes, including the one that took Ray’s life.

On that day in 1967, Ray’s aircraft experienced a rapid fuel loss, resulting in the shutdown of the aircraft engines. The pilot attempted to bail out, but failed.

Although the U.S. government located the remains of both aircraft and pilot, the location of the crash site was considered a secret … Read more.

From Wikipedia, the free encyclopedia | This article is about the U.S. Air Force facility in Nevada.

Area 51 is the common name of a highly classified United States Air Force (USAF) facility located within the Nevada Test and Training Range.

A remote detachment administered by Edwards Air Force Base, the facility is officially called Homey Airport (KXTA) or Groom Lake, named after the salt flat situated next to its airfield.

Details of the facility’s operations are not publicly known, but the USAF says that it is an open training range, and it most likely supports the development and testing of experimental aircraft and weapons systems.

The USAF acquired the site in 1955, primarily for flight testing the Lockheed U-2 aircraft.

The intense secrecy surrounding the base has made it the frequent subject of conspiracy theories and a central component of unidentified flying object (UFO) folklore.

The base has never been declared a secret base, but all research and occurrences in Area 51 are Top Secret/Sensitive Compartmented Information (TS/SCI).

The CIA publicly acknowledged the existence of the base for the first time on June 25, 2013, following a Freedom of Information Act (FOIA) request filed in 2005, and they declassified documents detailing the history and purpose of Area 51.

Area 51 is located in the southern portion of Nevada in the western United States, 83 miles (134 km) north-northwest of Las Vegas. The surrounding area is a popular tourist destination, including the small town of Rachel on the “Extraterrestrial Highway”.