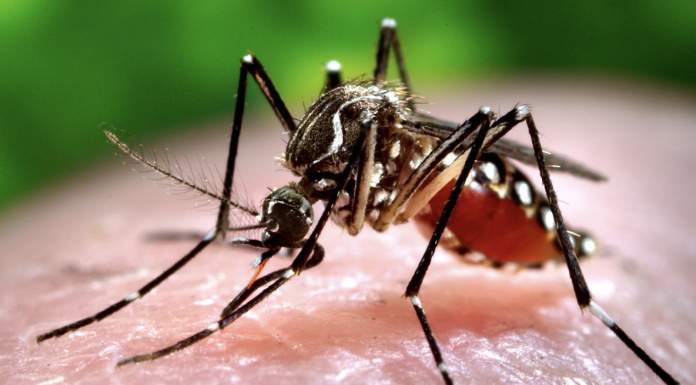 A Pivotal Mosquito Experiment Could Not Have Gone Better Aedes aegypti, the mosquito that spreads dengue fever Mailson Pignata / Getty

THE ATLANTIC – Adi Utarini had her first of two bouts of dengue fever in 1986, when she was still a medical student. Within a few hours, she spiked a temperature of 104 degrees Fahrenheit and couldn’t stand up, because her knee was shaking so badly.

Within a few days, she was in the hospital.

“Here, when you ask people if they know someone who’s had dengue, they can always name someone,” says Utarini, now a public-health professor at Gadjah Mada University.

Dengue fever is caused by a virus that infects an estimated 390 million people every year, and kills about 25,000; the World Health Organization has described it as one of the top 10 threats to global health.

It spreads through the bites of mosquitoes, particularly the species Aedes aegypti. Utarini and her colleagues have spent the past decade turning these insects from highways of dengue into cul-de-sacs.

They’ve loaded the mosquitoes with a bacterium called Wolbachia, which prevents them from being infected by dengue viruses. Wolbachia spreads very quickly:

If a small number of carrier mosquitoes are released into a neighborhood, almost all of the local insects should be dengue-free within a few months. It’s as if Utarini’s team vaccinated a few individuals against a disease, and soon after the whole population had herd immunity.

The World Mosquito Program (WMP), a nonprofit that pioneered this technique, had run small pilot studies in Australia that suggested it could work.

Utarini, who co-leads WMP Yogyakarta, has now shown conclusively that it does. Her team released Wolbachia-carrying mosquitoes in parts of Yogyakarta as part of a randomized controlled trial.

The results, which were unveiled last year and have now been published, showed that Wolbachia rapidly spread among the local mosquitoes, and reduced the incidence of dengue by 77 percent … Click here to read more.