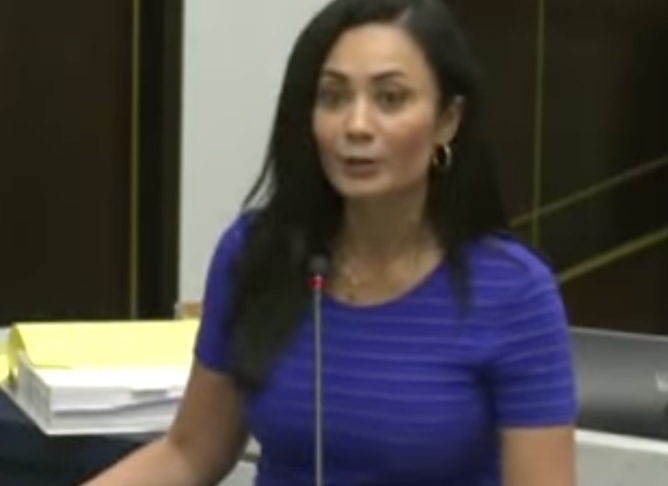 The video below shows the entire public hearing on Agenda Item 34, and the vote where it passed 3-2.

Tuesday’s Agenda Item 34 was “an ordinance to provide for the local implementation of the United Nations Convention on the elimination of all forms of discrimination against women (CEDAW).”

Proponents of the ordinance like Democrat Supervisor Nora Vargas, claim it will protect “women from discrimination.” But opponents correctly point out that San Diego County’s ordinance changes the historical definition of “women” to include biological men.

The ordinance is essentially an effort by Democrats to cement the idea that those who identify as women, are women in the County of San Diego.

“There are three primary components to the CEDAW Ordinance presented to the Board. The first is a statement of values and goals to prevent and eliminate discrimination, and to achieve gender equality.

The Board held public hearing on agenda item 34 before the procedural vote, where the overwhelming majority of the public speakers spoke in opposition to the ordinance. Only 40 people spoke in support, while 437 voiced their opposition.

The theme of those who spoke in opposition to the ordinance was that it is an honor to be women, and the idea that men can simply identify as one, is degrading to all women.

Some of the speakers pointed to Lia Thomas, a transwoman, who is dominating women’s swimming at the collegiate level.

The speakers explained Thomas is a biological man … READ MORE.