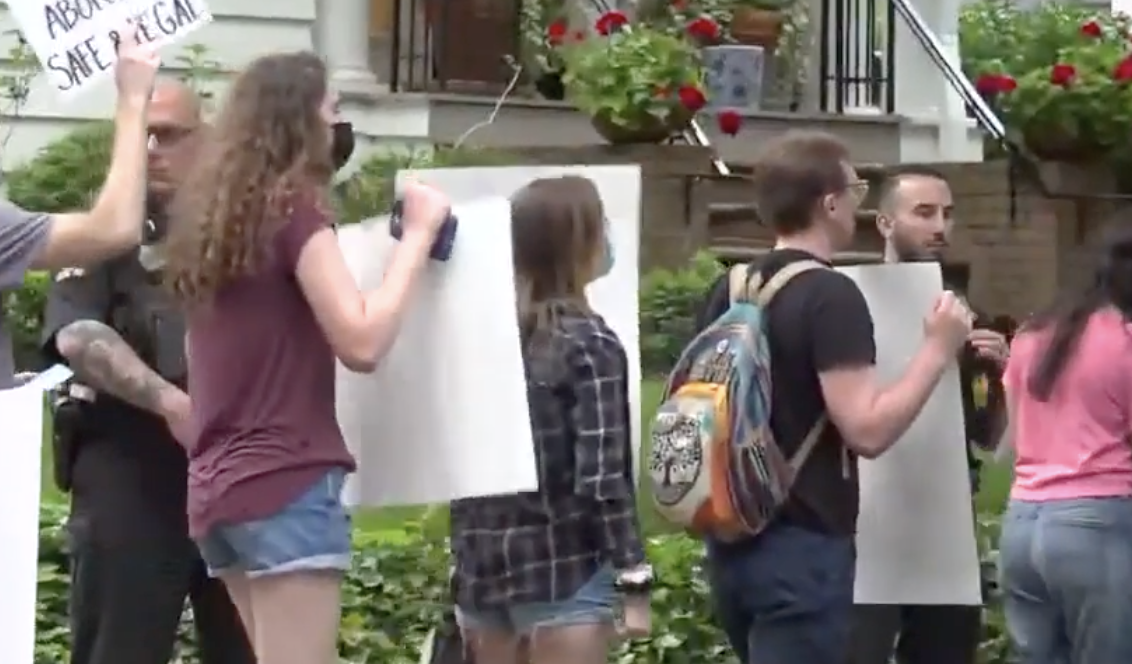 The Biden admin is preparing for nationwide violence after the Supreme Court issues a decision on Roe v. Wade

FOX NEWS – The Supreme Court could issue a ruling on abortion as soon as Monday, which would be days after a memo leaked from the Department of Homeland Security (DHS) reveals the Biden administration is preparing for a nationwide wave of violence following the decision on the future of Roe v. Wade.

Protesters have targeted the homes of conservative Supreme Court justices and vandals have targeted at least five pro-life crisis pregnancy centers across the U.S. and Catholic churches have been threatened and vandalized.

A crowd of people gather outside the Supreme Court, Monday night, May 2, 2022 in Washington following reports of a leaked draft opinion by the court overturning Roe v. Wade.

In addition, the DHS memo reportedly says the protests outside conservative justices’ homes “are likely to persist and may increase leading up to and following the issuing of the Court’s official ruling.”

“DHS is committed to protecting Americans’ freedom of speech and other civil rights and civil liberties, including the right to peacefully protest,” a DHS spokesperson told Fox News. “DHS is also committed to working with our partners across every level of government and the private sector to share timely information and intelligence, prevent all forms of violence, and to support law enforcement efforts to keep our communities safe.”

The DHS memo goes on to clarify that rhetoric supporting violent extremism does not itself constitute extremism.

Demonstrators protest outside of the U.S. Supreme Court, Monday, May 16, 2022, in Washington. (AP Photo/Mariam Zuhaib)

“The mere advocacy of political or social positions, political activism, use of strong rhetoric, or generalized philosophic embrace of violent tactics does not constitute domestic violent extremism or illegal activity and is constitutionally protected,” the memo reportedly reads.

The Supreme Court issues opinions on Mondays at 10 a.m. ET, so the next opportunity to hand down a decision in the case, Dobbs v. Jackson Women’s Health Center, would be on May 23.

As the court reaches the end of its term, usually by the end of June or first week in July, sometimes it adds additional dates to release opinions with a few days notice in advance. Historically, decisions in more closely watched cases are issued in the last weeks of the term immediately before the justices adjourn for the summer months.