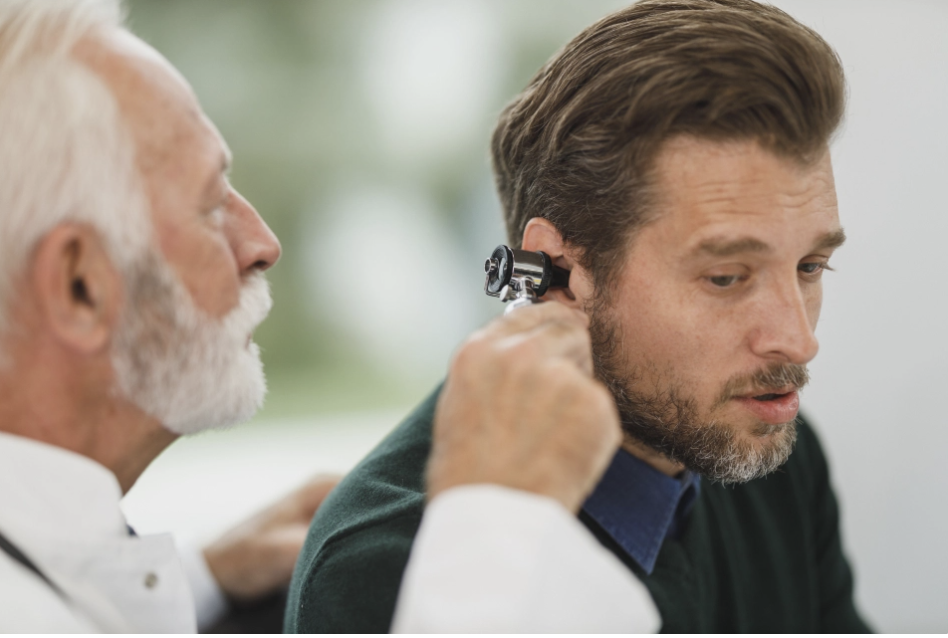 Massachusetts Institute of Technology – Most of us know someone affected by hearing loss, but we may not fully appreciate the hardships that lack of hearing can bring.

Hearing loss can lead to isolation, frustration, and a debilitating ringing in the ears known as tinnitus. It is also closely correlated with dementia.

The biotechnology company Frequency Therapeutics is seeking to reverse hearing loss — not with hearing aids or implants, but with a new kind of regenerative therapy.

The company uses small molecules to program progenitor cells, a descendant of stem cells in the inner ear, to create the tiny hair cells that allow us to hear.

Hair cells die off when exposed to loud noises or drugs including certain chemotherapies and antibiotics. Frequency’s drug candidate is designed to be injected into the ear to regenerate these cells within the cochlea.

“In clinical trials, the company has already improved people’s hearing as measured by tests of speech perception — the ability to understand speech and recognize words.”

“Speech perception is the No. 1 goal for improving hearing and the No. 1 need we hear from patients,” says Frequency co-founder and Chief Scientific Officer Chris Loose PhD ’07.

In Frequency’s first clinical study, the company saw statistically significant improvements in speech perception in some participants after a single injection, with some responses lasting nearly two years.

The company has dosed more than 200 patients to date and has seen clinically meaningful improvements in speech perception in three separate clinical studies. Another study failed to show improvements in hearing compared to the placebo group, but the company attributes that result to flaws in the design of the trial.

Now Frequency is recruiting for a 124-person trial from which preliminary results should be available early next year.

They also believe they’re making important contributions toward solving a problem that impacts more than 40 million people in the U.S. and hundreds of millions more around the world.

“Hearing is such an important sense; it connects people to their community and cultivates a sense of identity,” says Karp, who is also a professor of anesthesia at Brigham and Women’s Hospital. “I think the potential to restore hearing will have enormous impact on society.”

From the lab to patients

In 2005, Lucchino was an MBA student in the MIT Sloan School of Management and Loose was a PhD candidate in chemical engineering at MIT. Langer introduced the two aspiring entrepreneurs, and they started working on what would become Semprus BioSciences, a medical device company that won the MIT $100K Entrepreneurship Competition and later sold at a deal valued at up to $80 million.

“MIT has such a wonderful environment of people interested in new ventures that come from different backgrounds, so we’re able to assemble teams of people with diverse skills quickly,” Loose says.

Eight years after playing matchmaker for Lucchino and Loose, Langer began working with Karp to study the lining of the human gut, which regenerates itself almost every day.

With MIT postdoc Xiaolei Yin, who is now a scientific advisor to Frequency, the researchers discovered that the same molecules that control the gut’s stem cells are also used by a close descendant of stem cells called progenitor cells. Like stem cells, progenitor cells can turn into more specialized cells in the body.

“Every time we make an advance, we take a step back and ask how this could be even bigger,” Karp says. “It’s easy to be incremental, but how do we take what we learned and make a massive difference?”

Progenitor cells reside in the inner ear and generate hair cells when humans are in utero, but they become dormant before birth and never again turn into more specialized cells such as the hair cells of the cochlea. Humans are born with about 15,000 hair cells in each cochlea. Such cells die over time and never regenerate.

In 2012, the research team was able to use small molecules to turn progenitor cells into thousands of hair cells in the lab. Karp says no one had ever produced such a large number of hair cells before. He still remembers looking at the results while visiting his family, including his father, who wears a hearing aid.

“I looked at them and said, ‘I think we have a breakthrough,’” Karp says. “That’s the first and only time I’ve used that phrase.”

The advance was enough for Langer to play matchmaker again and bring Loose and Lucchino into the fold to start Frequency Therapeutics.

The founders believe their approach — injecting small molecules into the inner ear to turn progenitor cells into more specialized cells — offers advantages over gene therapies, which may rely on extracting a patient’s cells, programming them in a lab, and then delivering them to the right area.

“Tissues throughout your body contain progenitor cells, so we see a huge range of applications,” Loose says. “We believe this is the future of regenerative medicine.”

Frequency’s founders have been thrilled to watch their lab work mature into an impactful drug candidate in clinical trials.

“Some of these people [in the trials] couldn’t hear for 30 years, and for the first time they said they could go into a crowded restaurant and hear what their children were saying,” Langer says. “It’s so meaningful to them. Obviously more needs to be done, but just the fact that you can help a small group of people is really impressive to me.”

Karp believes Frequency’s work will advance researchers’ ability to manipulate progenitor cells and lead to new treatments down the line.

“I wouldn’t be surprised if in 10 or 15 years, because of the resources being put into this space and the incredible science being done, we can get to the point where [reversing hearing loss] would be similar to Lasik surgery, where you’re in and out in an hour or two and you can completely restore your vision,” Karp says. “I think we’ll see the same thing for hearing loss.”

The company is also developing a drug for multiple sclerosis (MS), a disease in which the immune system attacks the myelin in the brain and central nervous system. Progenitor cells already turn into the myelin-producing cells in the brain, but not fast enough to keep up with losses sustained by MS patients. Most MS therapies focus on suppressing the immune system rather than generating myelin.

Early versions of that drug candidate have shown dramatic increases in myelin in mouse studies. The company expects to file an investigational new drug application for MS with the FDA next year.

“When we were conceiving of this project, we meant for it to be a platform that could be broadly applicable to multiple tissues. Now we’re moving into the remyelination work, and to me it’s the tip of the iceberg in terms of what can be done by taking small molecules and controlling local biology,” Karp says.

For now, Karp is already thrilled with Frequency’s progress, which hit home the last time he was in Frequency’s office and met a speaker who shared her experience with hearing loss.

“You always hope your work will have an impact, but it can take a long time for that to happen,” Karp says. “It’s been an incredible experience working with the team to bring this forward. There are already people in the trials whose hearing has been dramatically improved and their lives have been changed. That impacts interactions with family and friends. It’s wonderful to be a part of.”