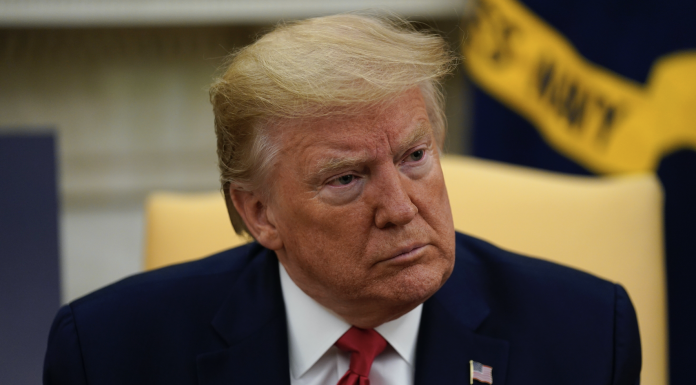 USA Today – With coronavirus exposure arriving in the West Wing, the White House is taking extra precautions to ensure the safety of the president and his staff after two administration aides tested positive for the coronavirus.

President Donald Trump and Vice President Mike Pence will be tested daily for the virus, as will every staff member in close proximity to them.

“The president’s physician and White House operations continue to work closely to ensure every precaution is taken to keep the president, first family and the entire White House complex safe and healthy at all times,” Deere said.

On Sunday, Pence’s office denied media reports that he is in self-isolation as a top Navy admiral announced he would go under self-quarantine.

Adm. Michael Gilday, chief of Naval Operations, had contact with a family member who has tested positive for coronavirus, a Defense Department spokesman said. Gilday tested negative but will be quarantining this week, the spokesman said.

Gen. Joseph Lengyel, chief of the National Guard Bureau, tested positive for coronavirus Saturday afternoon, but a subsequent test Saturday was negative, the spokesman said. “He will undergo a third test on Monday morning to confirm his negative status,” the spokesman said.

Pence’s spokeswoman, Katie Miller, tested positive for coronavirus last week, and media reports Sunday said the vice president was self-quarantining as a result. But his office denied that was the case.

“Vice President Pence will continue to follow the advice of the White House Medical Unit and is not in quarantine,” Pence spokesman Devin O’Malley said.

“Additionally, Vice President Pence has tested negative every single day and plans to be at the White House (Monday) … ” Read more.

7news.com.au – Dr. Anthony Fauci is beginning a “modified quarantine”, according to CNN.

Fauci, 79, is the third key senior staffer to go into self-quarantine after coming into contact with someone who tested positive for COVID-19.

CDC Director Robert Redfield will reportedly be working from home after a exposure to a person at the White House who has the disease. Redfield is 68.

FDA Commissioner Stephen Hahn, 60, is in self-quarantine after coming into contact with someone who tested positive for COVID-19.

Miller, the wife of one of President Donald Trump’s senior advisers, tested positive on Friday, raising alarm about the virus’ potential spread within the White House’s innermost circle.

The diagnosis of Miller, who is married to White House speech writer Stephen Miller, was revealed by Trump in a meeting with lawmakers on Friday. A valet for  Mike Pence has also tested positive. Read more.