Profs’ Ugly Words To Trump Voters: ‘Get Covid And Die’ 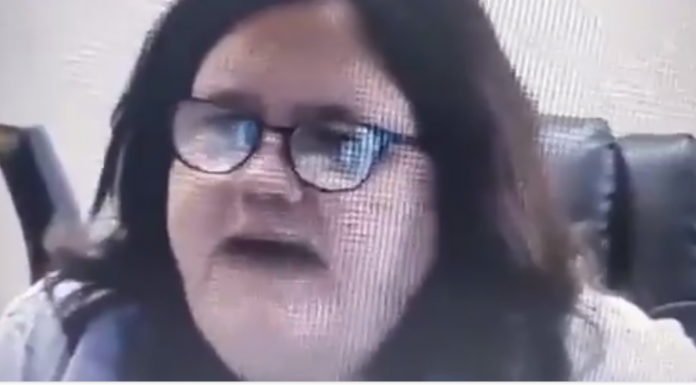 Professor on Trump supporters:  “I hope they all die before the election.”

DAILY CALLER – Professor Jennifer Mosher, who teaches in Marshall University’s Biology department, was placed on administrative leave following the “overtly political statement” Mosher made in the viral video from a class session Wednesday.

Mosher was teaching when she began commenting on President Donald Trump’s indoor political rally, where people were allegedly not wearing masks:

“I’ve become the type of person where I hope they all get it and die. I’m sorry, but that’s so frustrating – just – I don’t know what else to do. You can’t argue with them, you can’t talk sense with them. I said to somebody yesterday, I hope they all die before the election”

She goes on in the video to add that Trump supporters dying is “the only saving hope I have right now. Definitely boot lickers.”

Marshall University issued a statement Friday that “the professor was removed from the classroom yesterday” and was placed on leave … Read more.