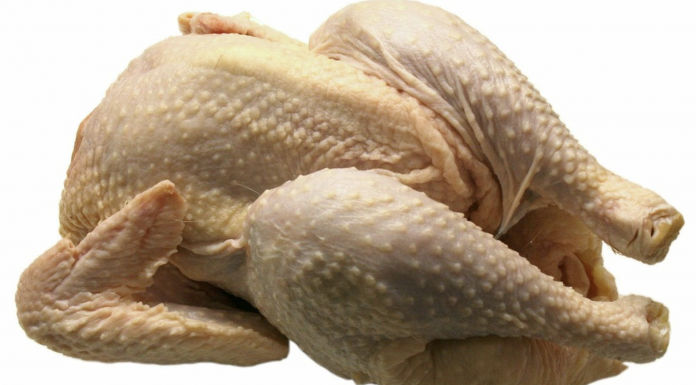 Food Safety News – The chief executive officer of the nation’s second-largest poultry producer is summoned to appear today at 2 p.m in U.S. District Court to face the indictment by a federal Grand Jury in Colorado.

Jayson Jeffrey Penn, CEO of Pilgrim’s Pride Corp., is accused of having “entered into and engaged in a continuing combination and conspiracy to suppress and eliminate competition by rigging bids and fixing prices and other price-related terms for broiler chicken products sold in the United States in violation of Section 1 of the Sherman Act, 15 U.S.C. § 1.”

Price-fixing and bid-rigging, like food fraud, are not specifically food safety violations. However, they are rarely signs of a flourishing food safety culture.

And today’s court action may only be the tip of the iceberg as Tyson Foods Inc. and Sanderson Farms in regulatory filings also report receiving grand jury subpoenas. Civil filings also accuse top producers of conspiring to raise prices for broiler chickens.

Majority-owned by JBS S.A., Pilgrim’s Pride’s headquarters since 2009 is alongside JBS USA in Greeley, CO. Penn, 52, is a resident of nearby Fort Collins, CO. JBS S.A., the world’s largest protein producer, paid hefty fines recently to settle with Brazilian authorities over a criminal investigation involving bribery of public officials, including meat inspectors.

Also charged with conspiracy to fix poultry prices in a federal antitrust investigation are Claxton Poultry Farms President Mikell Fries and Vice President Scott Brady along with a Pilgrim vice president, Roger Austin. If convicted, the four executives’ statutory maximum sentence would be 10 years in federal prison and a $1 million fine.

“Beginning at least as early as 2012 and continuing through at least as early 2017, the exact dates being unknown to the Grand Jury, in the State and District of Colorado and elsewhere, Jayson Penn, Mikell Fries, Scott Brady, and Roger Austin (“Defendants”), together with co-conspirators known and unknown to the Grand Jury, entered into and engaged in a continuing combination and conspiracy to suppress and eliminate competition by rigging bids and fixing prices and other price-related terms for broiler chicken products sold in the United States,” the indictment charges.

“The combination and conspiracy engaged in by the Defendants and co-conspirators was a per se unlawful, and thus unreasonable, restraint of interstate trade and commerce in violation of Section 1 of the Sherman Act, 15 U.S.C. § 1.”

The four poultry executives are charged in a “combination and conspiracy” involving a ” continuing agreement, understanding, and concert of action among the Defendants and co-conspirators, the substantial terms of which were to rig bids and to fix, maintain, stabilize, and raise prices and other price-related terms for broiler chicken products sold in the United States.”

“Bidding and negotiations,” detailed in the 20-page indictment “often involved weekly volume commitments between Suppliers and their respective customers.”

Penn began as executive vice president at Pilgrim’s in 2012 and was elevated to president and CEO last year. Austin has held a vice president’s post at the Colorado poultry company since 2007.

Fries started as a sales manager in 2004, joined the company’s board in 2012, and became president of the Claxton, GA-based Claxton Poultry Farms in 2016. Brady, vice president of Pilgrim’s beginning in 1999, moved into a veep post at Claxton in 2012.

The indictment, called “A True Bill,” is signed by the Grand Jury foreman.

The defendants are not being arrested before their initial court appearances and court documents say the government is not asking for their detainment before trial.

The indictment contains transcripts for conversations among the four men that allegedly demonstrate price-fixing for specific poultry products.