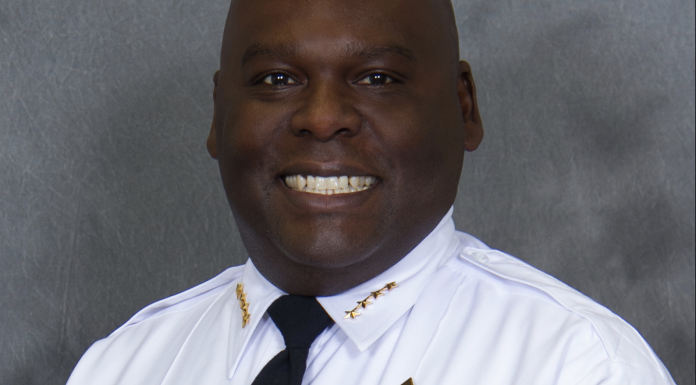 “What more can other healthy neighborhoods, other healthy organizations … what more can we all do to impact this issue within our community? Gun violence is a public health epidemic, and it’s affecting our country as a whole.” – Chief Anthony Cobb

CHAMPAIGN — With two shooting deaths and eight people injured in the past two weeks, Chief Anthony Cobb sounded the alarm on gun violence Monday in a virtual meeting of the Champaign Rotary.

“Those are benchmarks that we’re not proud of,” he said. “Those are things we cannot normalize.”

The two shooting deaths marked the sixth and seventh murders in Champaign-Urbana this year.

“Last year was a record year, where we had 100 incidents of gun violence within the city of Champaign,” Cobb said. “In July (of this year), we were sitting in the high 90s.”

The guns that have been involved in recent shootings are more powerful, he said.

“That’s what’s alarming: The amount of shell casings that we’re picking up and the quality of weapons that we’re finding.

Asked whether most shootings were gang-related, Cobb said some are and some aren’t.

“If you look at some incidents we’ve had this year — and we have 70- and 60-year-olds shooting at each other — neither one of them are in a gang, but they had a disagreement.

He said both neighborhoods that are impacted by gun violence and those that aren’t need to address the issue … Read more.