People Are Freaking Out Over ‘Missing’ Stimulus Checks 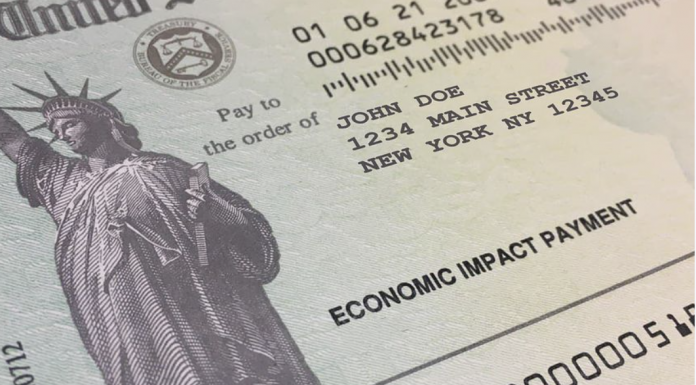 FOX Business – 36-year-old Spartanburg man Ray Michael Bradford Jr. was charged with attempted murder, three counts of arson and malicious injury to property after confessing to assaulting his live-in girlfriend and setting their home and vehicles on fire.

Deputies said the incidents stemmed from the government keeping his $600 stimulus check for child support and wanting to “get even with those who had hurt him in the past.”

Rawls was upset he had not yet received a stimulus check.

According to CBS 12, Rawls was charged with making, possessing, throwing or discharging any destructive device, criminal mischief and disorderly conduct.

According to the arrest report obtained by the outlet, Rawls told investigators that he is a former combat veteran and Airborne Ranger and has struggled since being discharged.

Also on Saturday, an Indianapolis man, accused of fatally shooting four family members, reportedly got into an argument with his daughter’s mother over getting a cut from her stimulus check prior to the killings … (See continued coverage below.)

Indianapolis Star – The man accused of killing three adults and a 7-year-old girl in Indianapolis on Saturday night told police he began shooting everyone inside a home after an argument over a stimulus check, court records show.

A survivor of the shooting – who family said shared a daughter with Halfacre – was shot in the back during the incident and directed police to the residence Saturday night.

Halfacre said in an interview with police that he and his daughter’s mother “were arguing because he wanted some of her stimulus check,” according to a probable cause affidavit.

He told investigators that, after he shot everyone inside the home, he took the money and his daughter’s mother’s purse and car before leaving.

The Indianapolis Metropolitan Police deputy chief of investigations, Craig McCartt, on Monday announced Halfacre had been preliminarily charged with four counts of murder, one count of attempted murder and one count of robbery … Read more.