People Are Fed Up With Toxic Food Packaging 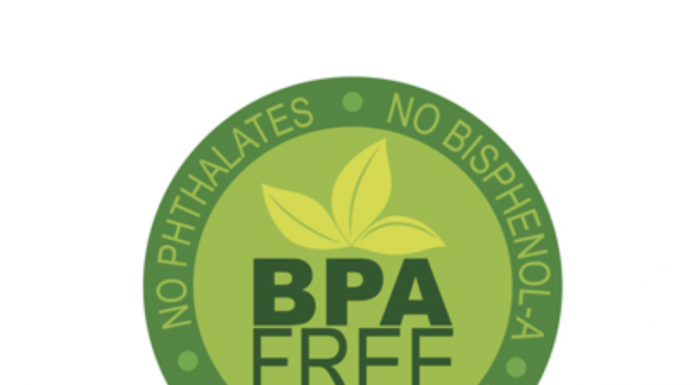 FOOD SAFETY NEWS – A coalition of physicians, scientists, and public health and environmental organizations Thursday sent a formal petition to the Food and Drug Administration calling on the agency to rescind its approvals for bisphenol A (BPA) in adhesives and coatings and set strict limits on its use in plastics that contact food.

New findings from a panel of experts convened by the European Food Safety Authority (EFSA) indicate that the harmful effects from BPA exposure can occur at levels 100,000 times lower than previously thought. The safe level ‒- based on recent scientific evidence ‒- is more than 5,000 times below what FDA says most Americans are safely exposed to.

“Given this new data points to the significant health risks associated with BPA, it is critical that the FDA set a maximum limit of BPA in food that is safe for consumers,” said Michael Hansen, senior scientist at Consumer Reports.

“The constant exposure consumers have to BPA in food could pose an unacceptable danger and increases the likelihood of harmful outcomes, such as limiting brain development in children and negatively impacting reproductive health, so it is essential those levels be reduced to an acceptable level.”

Without a doubt, Consumer Reports and the rest of the coalition says, current U.S. values constitute a high health risk and support the conclusion that uses of BPA are not safe. The petition calls on FDA to limit uses of BPA in food contact articles that may result in migration into food above 0.5 nanograms per kilogram of food.

“The process EFSA used to reassess the safety of bisphenol is a template for how FDA should be doing it for the hundreds of chemicals it approved decades ago. Transparent, thorough, and grounded in the science,” said Tom Neltner, senior director for safer chemicals at the Environmental Defense Fund. “With Americans overexposed to BPA by more than 5,000 times, the agency must make this a top priority and make a final decision by the 180-day statutory deadline.”

BPA is used to make polycarbonate and other plastics, which are commonly used in hard items such as food containers, pitchers, tableware, storage containers, and more. The chemical is also used in epoxy resins that line the inside of metal products and bottle tops. BPA can migrate from containers or equipment into foods and beverages.

Industry has taken steps in the past to limit the use of BPA in can linings and plastic baby bottles. These actions followed 2008 findings from the Centers for Disease Control and Prevention indicating the chemical showed up in 92 percent of U.S. adults and additional studies that showed BPA can act like the female hormone estrogen in humans and disrupt normal development.

Findings from EFSA’s expert panel show that BPA’s effects are much worse than previously understood and that people are exposed at levels dramatically above what is safe. Extremely low exposures to BPA can lead to an overactive immune system producing out of control inflammation, as well as changes in the ovaries, endocrine disruption, and reduced learning and memory, according to the EFSA panel.

FDA has long collaborated with EFSA on risk assessment and risk communication related to food safety, including working together to increase understanding of risks from chemicals used in food packaging, like PFAS. The agency now needs to listen to the warnings on BPA from its expert counterparts at EFSA and take steps to dramatically reduce our exposures to the chemical, according to the petition.

“Now that the European Food Safety Authority has found harm at levels vastly lower than our typical daily exposures to Bisphenol A, it’s time for the FDA to take immediate action to protect the public from food-based exposures to this hormonally active chemical that increases our risk of breast cancer, and of other serious health problems,” says Lisette van Vliet, senior policy manager from Breast Cancer Prevention Partners.

“FDA needs to act immediately to get BPA out of plastics that contact food, adhesives, and coatings in order to protect people’s health. Early action to curb BPA use will also prevent ongoing release of BPA into the environment, including into water bodies used as drinking water sources,” said Lynn Thorp, Clean Water Action/Clean Water Fund National Campaigns director.

“These findings are extremely concerning and prove the point that even very low levels of BPA exposure can be harmful and lead to issues with reproductive health, breast cancer risk, behavior and metabolism,” said Endocrine Society BPA expert Heather Patisaul, Ph.D., of North Carolina University-Raleigh. “The FDA needs to acknowledge the science behind endocrine-disrupting chemicals and act accordingly to protect public health.”

“It’s unacceptable that the FDA is allowing Americans to be exposed to BPA at levels over 5,000 times above what’s safe,” said Scott Faber, senior vice president of government affairs for the Environmental Working Group. “The Food and Drug Administration must heed EFSA’s warnings and take immediate and decisive action to lower our exposures to this dangerous chemical.”

“EFSA’s findings expand on our knowledge of BPA including data generated by the NTP-FDA joint CLARITY project. And the results are sobering, indicating that the harmful effects from BPA can occur at minuscule levels, far below what we’re exposed to. The scientific evidence is now more than enough to require strict limits on the use of BPA in packaging and plastics that come in contact with our food,” said Dr. Linda Birnbaum, former director at the National Institute of Environmental Health Sciences and National Toxicology Program. Source.