Pence Could Take Over Presidency, 2020 Nomination 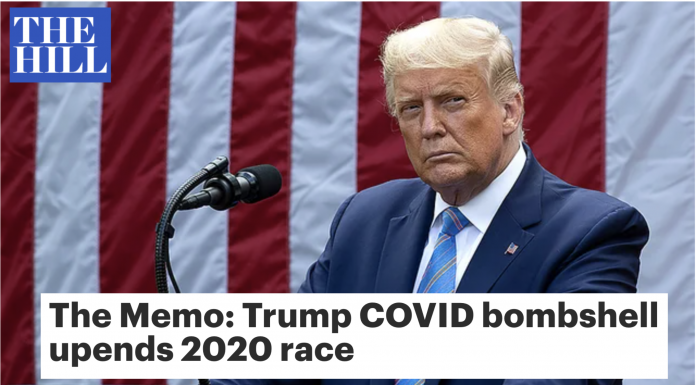 “It would be an astonishing development if Biden were to end up being infected by his opponent.” – The Hill

The Hill – President Trump’s positive test for COVID-19 rocketed around the world, spooking stock markets and delivering a megawatt jolt of uncertainty to the election campaign.

Some of the repercussions from the latest news are plain. Others are unknowable.

One reality is the starkest. The president, 74 and overweight, faces a grave health challenge.

First lady Melania Trump and one of the president’s closest aides, Hope Hicks, have also been infected but both women are much younger than the president at 50 and 31, respectively.

If Trump’s condition worsens, he could invoke the 25th Amendment

It is possible that the next few days will see a stabilization. The president is reportedly showing no symptoms. If that remains the case, he could be back on something resembling a normal schedule in a couple of weeks.

But there are more somber possibilities.

If Trump’s condition worsened significantly, he could invoke a clause of the 25th Amendment that allows a president to transfer his powers temporarily to the vice president.

If Vice President Pence took the reins at that point, it would only be the fourth time the clause in question — Section 3 — has been invoked in the past 40 years. President Reagan signed off on it once, and President George W. Bush twice. All three instances were for scheduled surgeries.

There is also the possibility — remote for now, but plausible — that the president simply would not be healthy enough to seek a second term.

Such a scenario would spark political chaos. Depending on exactly how the situation developed, Pence could take over the presidency and the 2020 nomination, or a new GOP nominee could be selected by the Republican National Committee.

Ballots already cast for Trump in early voting would accrue to his replacement.

Even if Trump’s condition does not worsen in a major way, the fate of the two remaining presidential debates hangs in the balance. It seems unlikely that the second debate, scheduled for Oct. 15 in Miami, will go ahead in person. The third debate is scheduled for Oct. 22 in Nashville.

Another huge question is whether Trump’s Democratic opponent, former Vice President Joe Biden, had any exposure to the virus during the first debate. No-one knows when Trump became infected. The first clash put Biden into fairly close proximity to Trump for 90 minutes, roughly 48 hours before the latter’s positive test.

Biden, 77, is at high risk if he gets COVID-19, and his campaign has gone to great lengths to guard against the risk. It would be an astonishing development, even by 2020’s gothic standards, if Biden were to end up being infected by his opponent. Read more.

Pence and his wife test negative for COVID-19