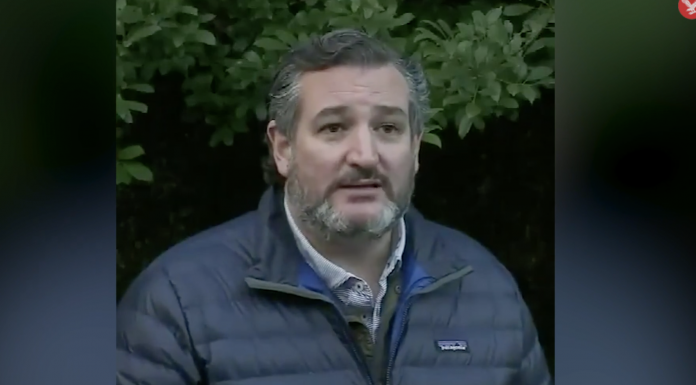 THE INDEPENDENT (UK) – Parents at the exclusive private school that Texas senator Ted Cruz’s children attend have demanded his family quarantine when they return to the US after they were pictured without face masks on a controversial Mexican holiday.

Mr. Cruz flew with his wife and two daughters to Cancun, Mexico, on Thursday while millions of Texans went without power and clean water, amid a historic winter storm that has caused pipelines to freeze in the state.

After he was pictured flying on Thursday, the senator insisted that he was only traveling with his family and always intended to come back the next day to support the millions of Texas residents affected by the storm.

He later acknowledged that the trip “was obviously a mistake and in hindsight, I wouldn’t have done it.”

However, Mr. Cruz’s wife, Heidi Cruz, 48, and children Catherine and Caroline stayed in Cancun, in a Ritz Carlton resort costing around $300 a night.

In stark contrast to the freezing temperatures in Texas on Friday, Ms Cruz was pictured in images obtained by the Daily Mail wearing a bikini on the beach, as the family went without face masks as they lounged on sunbeds in the Mexican sun.

Although guests at resorts in Cancun have their temperatures checked upon arrival, they are not required to wear face masks on hotel grounds, except when they use the buffet.

In response to the holiday, parents from the elite St John’s private school in Houston, which Catherine and Caroline attend, demanded that the family isolate after they return to the US.

Although the school introduced a policy last month that required any children at the school quarantine for 7-10 days following international travel, parents have still voiced that the rules must be enforced for the senator’s family.

“At the end of the day, he’s taking this heat for using his children as an excuse for taking a vacation … ”