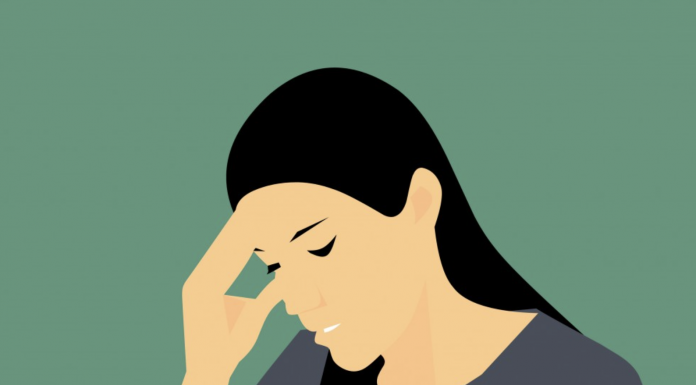 Did Pandemic Policy Make Americans More Aggressive? Data from the CDC show a sharp increase in the number of Americans experiencing symptoms of anxiety and depression. Are many breaking under the stress?

FOUNDATION FOR ECONOMIC EDUCATION – The worst part of COVID may be behind us, but that doesn’t mean we’re driving off into the sunset—at least not without a lot of baggage.

Psychologists are reportedly paying close attention to the impact the pandemic made on the country’s mental health, and they’re noticing that many individuals are showing signs of chronic stress.

According to Marie-Christine Nizzi, a postdoctoral researcher at Dartmouth College and the Brain Institute at Chapman University, when individuals are in a dangerous or stressful situation for prolonged periods of time, their body’s responses to it change from those of acute stress to what medical professionals call chronic stress.

Over time this can take a significant mental toll that presents many adverse side effects. As Nizzi puts it, “as the (individual’s) stress becomes chronic, their ability to cope with all of the changes is starting to be overwhelmed.”

Nizzi studies trauma, which can be caused by chronic stress, and has been collecting data on the mental state of Americans throughout the pandemic. She and others in the psychology field say that the prolonged trauma of living under pandemic stress could have long-term effects on some individuals, leading to undesirable behavior changes in society.

Numbers from the Centers for Disease Control and Prevention enforce the scope of the problem. They found that 42 percent of Americans reported experiencing symptoms of anxiety and depression over the last year, an 11 percent increase from pre-pandemic times.

It makes sense that the widespread uncertainty, lack of social activity, and loss of life surrounding us for the past year would leave mental scars. And we know that the scars of trauma can lead to aggression and, at times, violence.

“Based on our review of the literature,” wrote clinical psychologists Daniel J Neller and John Matthew Fabian in a 2007 study, “we believe trauma likely contributes to violence via direct avenues (e.g., social learning, physiological abnormalities), as well as indirect avenues (e.g., increased likelihood of substance use, personality disorder, etc.).”

That certainly does not mean that everyone who experiences trauma will become violent, it just means they’re at a heightened risk of it because trauma has the ability to change our brain’s physiological processes.

In the groundbreaking book, The Body Keeps the Score, psychiatrist and researcher Bessel A. van der Kolk puts it this way, “We have learned that trauma is not just an event that took place sometime in the past; it is also the imprint left by that experience on mind, brain, and body.”

“This imprint has ongoing consequences for how the human organism manages to survive in the present. Trauma results in a fundamental reorganization of the way the mind and brain manage perceptions. It changes not only how we think and what we think about, but also our very capacity to think.”

Furthermore, in a workshop at the Forum on Global Violence Prevention, Dr. Charles Zeanah, Jr. who is the Mary Peters Sellars-Polchow Chair of Psychiatry at Tulane University, told the audience that “adverse experiences will have a negative impact on brain development and that threats, abuse, and violence lead to an excessive activation of fear circuitry and stress response systems, which will then compromise normal brain development.”

When we experience prolonged danger, rather real or perceived, certain areas of the brain become hyperactive while suppressing other components, creating an imbalance. This can cause the amygdala to enlarge and enhance a person’s flight or fight response—placing them in a state of anxiety. When the amygdala is hyperactive, people may have a lower tolerance for stress and harder time controlling their emotions.

Is This the Cause of Recent Crime Spikes?
You’d have to be living under a rock to not know that crime is up practically everywhere in the US. According to one report, hate crimes against Asians increased 150 percent last year. Since the coronavirus originated from China, many suspect this increase is due to individuals blaming Asians as a whole for the pandemic.

Intimate partner violence has also skyrocketed, leading some to refer to it as “a pandemic within a pandemic.” Domestic incidents increased 25 percent in Argentina, 33 percent in Singapore, 50 percent in Brazil, 18 percent in San Antonio, 22 percent in Portland….the list goes on. People have found themselves in close quarters with few outlets throughout the pandemic, meaning victims have little to no escape from abuse.

And then there are the airline fights. The Federal Aviation Administration (FAA) told NBC News that flight crews have been dealing with an elevated number of incidents in the air. According to their data, a normal year might see 100-150 disruptive people reported on plans. But by the beginning of 2021, that number was already over 1,300, despite fewer passengers in the sky.

And let’s, of course, not forget the infamous Capitol Riot on January 6.

There are of course many underlying causes of crime: economic uncertainty, a lack of social opportunities that can keep teens off the streets and out of trouble, and feelings of hopelessness that can lead to people feeling like they have nothing to lose. But certainly there is reason to think that the mental impact of our world being shut down and the extreme stress so many of us incurred as a result has contributed to short fuses and aggressive behaviors by some.

The Seen and the Unseen

The economist Frederic Bastiat said, “In the economic sphere, an act, a habit, an institution, a law produces not only one effect, but a series of effects. Of these effects, the first alone is immediate; it appears simultaneously with its cause; it is seen. The other effects emerge only subsequently; they are not seen. There is only one difference between a good economist and a bad one: the bad economist confines himself to the visible effect; the good economist takes into account both the effect that can be seen and those which must be foreseen.”

Those who pushed for lockdowns and school closures believed they were pushing actions that would keep people safe from a virus. They were wrong about that, but their intentions were genuine. But from the very beginning, those people were warned by good economists and students of economics of the unseen consequences these actions would bring.

Some of these consequences were predictable and predicted, like inflation, unemployment, and children falling behind in school. Others, like a spike in aggressive behavior, may take longer to see or may not be identified as the consequence of government actions like it should be.

As Soo Jeong Youn, a research psychologist at Harvard Medical School and Massachusetts General Hospital, told NBC News, “This is not going away…These long-term effects are not going away.”

As is so often the case, the government makes the mess and we’re left picking up the broken pieces.

Hannah Cox is the Content Manager and Brand Ambassador for the Foundation for Economic Education.