Our Healing Begins in the Soil 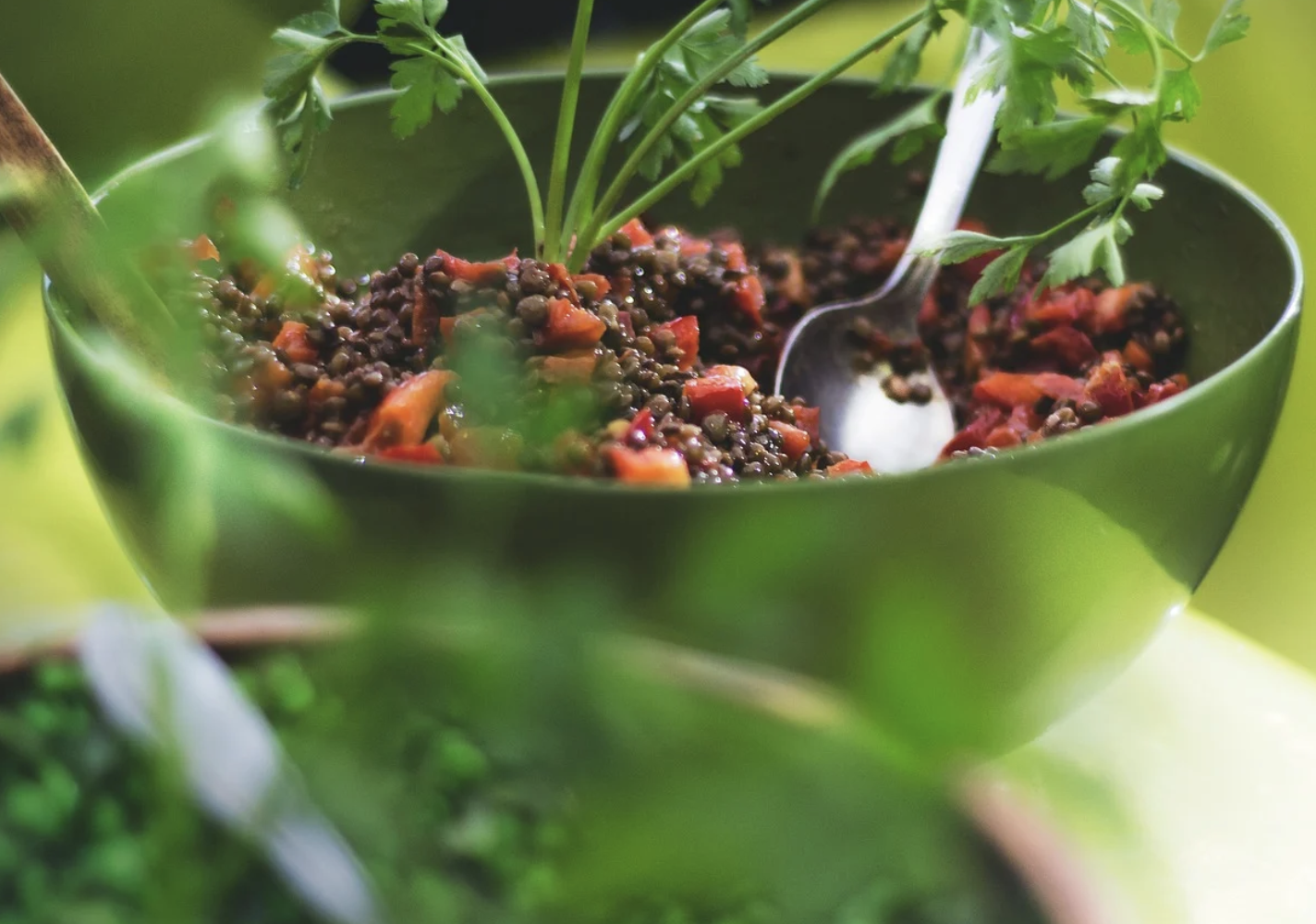 FOOD TANK – Our food and agriculture systems are fundamentally broken. It’s no exaggeration to say that the warming planet, social inequities, and health epidemics bear this out.

However, there’s real hope. We can heal ourselves, our communities, and our planet when we begin to participate once again in the creation of healthier food systems.

So, how do we design a food system from the ground up that truly brings forth a societal shift? The answer is regenerative organic agriculture.

Chances are regenerative agriculture is something you’ve already heard of. Like the nascent days of organic in the late 1990s when leaders from the food industry were marching to Washington to plead with Congress and the U.S. Department of Agriculture (USDA) to preserve the integrity of this fledgling agricultural standard, this new farming concept is moving into mainstream consciousness.

It has infiltrated the supermarkets and quickly moved into fashion, personal care, and other sectors—even home goods and pet food. This is not a boutique trend.

General Mills recently announced a commitment to advancing regenerative practices on 1 million acres of farmland by 2030; PepsiCo followed in 2021 with a goal to do the same across its entire 7 million acre agricultural footprint. Nestlé SA said recently that it would invest US$1.3 billion over the next five years to help farmers transition to regenerative practices.

There’s serious energy behind it—and for good reason, particularly when you consider the spirit of regenerative agriculture as defined by the Rodale Institute, a global research and education non-profit based in southeastern Pennsylvania, which helped define the organic standards that such farms are held to by the USDA. Rodale Institute maintains that regenerative farming holds the potential to heal nearly every dimension of our society. And it starts in the soil.

Regenerative practices biologically create more surface cover for plants, end erosion, and increase beneficial microbial populations near the soil’s surface where plants grow. When the soil microbiome is healthy, it protects plants from drought or pests and can even stave off pathogens by producing toxins that trigger the plants to defend themselves.

Healthy soil also enables plants to secrete compounds to feed nearby microbes, and, in exchange, the microbes enable plants to capture essential nutrients and to manufacture a series of chemicals called phytonutrients or antioxidants.

They give fruits and vegetables their distinctive color, smell, and flavor, and research shows that these same chemicals directly benefit us by stimulating our immune system, regulating our hormones, and slowing the growth of human cancer cells.

Perhaps most significantly, the protection offered from healthy soils applies to the vitality of our economic systems too. The Organic Trade Association (OTA) released a study identifying “organic hotspots” in the United States, counties that have high levels of organic agricultural activity and are surrounded by similarly highly concentrated organic counties. According to the study, the poverty rate for an organic hotspot drops significantly.

The study also found that median income increases by US$2,000 in those counties. The study suggests that organic operations hire more local labor, encourage shorter supply chains, and even spur growth as part of the creative economy of entrepreneurship.

From social inequity to environmental degradation, climate-related issues, and human health, regenerative agriculture (in its truest sense) can reverse these trends and create economic, human, and planetary health. Food is a great uniter and has the power to bring together rural and urban communities. It all begins in the soil.

Despite regenerative agriculture’s growing mindshare, however, there’s no set of broadly accepted standards to follow, nor a federally governed certification process. Under its current use, the word regenerative means everything and nothing, depending on who is using it.

That is why the Regenerative Organic Alliance, a diverse coalition of organizations and businesses led by Rodale Institute and spearheaded by Dr. Bronner’s and Patagonia created the Regenerative Organic Certification (ROC) in 2018. ROC is a holistic agriculture certification structure that encompasses robust requirements that uphold three pillars: soil health and ecological land management, pasture-based animal welfare, and fairness for farmers and workers. It was created to model an ecological and ethical system for agricultural production that addresses the problems of factory farming, climate change, and economic injustice, locally and globally.

His company grew steadily, and later his son, Robert, sat at the helm of a health and wellness empire that once housed renowned brands such as Men’s Health, Runner’s World, and Prevention—and countless diet and healthy lifestyle books and content platforms. But Bob’s heart was in agriculture. He was writing monthly columns in Organic Gardening and Prevention as avenues to educate humanity on this idea of regeneration. It wasn’t just about the soil for Rodale, it was about an entire new way of living.

Rodale Institute started the Farming Systems Trial in 1981 to collect data measuring differences in soil health, crop yields, energy efficiency, water use and contamination, and nutrient density of crops grown in organic and conventional systems managed with different tillage levels. This is now the longest-running side-by-side comparison of organic and conventional grain cropping systems in North America and the very research that drove the legislation in support of the organic industry and its integrity. It is safe to say that this is the most influential study of its kind in the world and has profound implications for our food system.

After approximately eight years of continuous study, then President of Rodale Institute, John Haberen, brought that list of seven scientific observations to Bob Rodale based on what their scientists were observing in the soil once they biologically enabled it to regenerate.

The data was suggesting that yields in the organic systems were improving and outperforming the conventional (chemical) system, rainwater was infiltrating to deeper depths in the organic soil, soil organic matter (SOM), a common metric used by scientists to measure the health of the soil was dramatically increasing, and more carbon was ultimately being sequestered in the organic plots than the conventional, a significant observation for future climate implications.

During the time that Rodale’s scientists collected this data, they also saw the struggles to regulate the fledgling organic certification that was entering our food industry in the late 1980s. The Organic Foods Production Act (OFPA), enacted under the 1990 Farm Bill, served to establish uniform national standards for the production and handling of foods labeled as “organic.”

The Act authorized a new USDA National Organic Program (NOP) to set national standards for the production, handling, and processing of organically grown agricultural products. The Act also established the National Organic Standards Board (NOSB) which advises the Secretary of Agriculture in setting the standards upon which the NOP is based. Producers who meet standards set by the NOP may label their products as “USDA Certified Organic.”

While the organic certification has many strengths and benefits and is the only certification in our food industry that requires significant rigor and a verifiable auditing trail, the standard has been influenced by the interests of big food and agriculture companies that want to gain the market advantage and price premium without making any real commitments to improving the health of the soil, improving the nutrient density of food, or ultimately, to improving the health and wellbeing of the farmworkers bringing these products to market. Or you. While these food companies are compliant to the letter of the law, it is the spirit of the law that has been watered down through lobbying and other corporate interests.

The only true, defined standard around regenerative agriculture is regenerative organic agriculture—which follows the design and original vision of Robert Rodale. This new, high-bar standard in food and agriculture was painstakingly designed by Rodale Institute and the Regenerative Organic Alliance with the intention of raising the bar for farmers, food producers, and brands. ROC builds on the USDA Organic platform, and raises the bar on soil health, animal welfare, and human well-being.

For a brand to earn its Regenerative Organic Certification, it must first be certified organic under a USDA-accredited certifier. The intention for this design was to build on the NOP but raise the bar for brands and producers and hold them accountable to the spirit of regeneration. Consumers can now find ROC-labeled products on the shelves at Whole Foods and other national retailers. A significant pipeline of farms and brands are currently going through the certification process.

The 7 Principles of Regenerative Agriculture were scientific observations made through examining soil health and its ability to regenerate, but having a wider-ranging impact on the health of the plant, the human consuming that plant, and the community in which the farm resides. Maria Rodale, Bob’s daughter, observed that these principles were noticeable in nature through the soil but could be applied to many broken systems in society such as healthcare, economic vitality for rural and urban communities, water and air pollution, climate-related crises, and social justice.

Nature is always working to find balance, and these principles, derived from seeking agricultural best-practices in nature, provide a model for broader transformations and healing. As business leaders on a planet with a dire forecast, we must learn to live in partnership with nature. The rise of the regenerative organic model, if held dearly, provides the roadmap for an entirely new way of living for all of humanity. Our healing begins in the soil.

Articles like the one you just read are made possible through the generosity of Food Tank members. Can we please count on you to be part of our growing movement? Become a member today by clicking here.

Jeff Tkach is on a mission to reconnect humans with the earth. Jeff serves as the Chief Impact Officer for the Rodale Institute, where he’s responsible for growing the Institute’s global influence in healing people and the planet through regenerative organic agriculture. He works like our future depends on it—because it does.