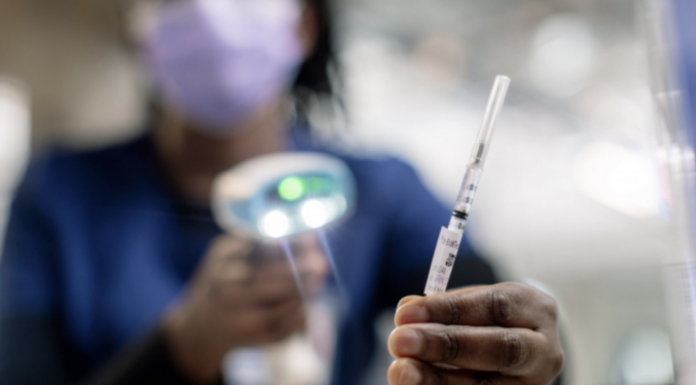 A few say they have already done so themselves, even without published data on whether combining two different vaccines is safe and effective or backing from U.S. health regulators.

Canada and some European countries are already allowing people to get two different COVID-19 shots.

The debate centers on concerns over how protective the J&J shot is against the Delta variant first detected in India and now circulating widely in many countries.

Delta, which has also been associated with more severe disease, could quickly become the dominant version of the virus in the United States, Centers for Disease Control and Prevention (CDC) Director Rochelle Walensky has warned.

There is no substantial data showing how protective the J&J vaccine is against the new variant. However, UK studies show that two doses of either the Pfizer/BioNTech or AstraZeneca vaccines are significantly more protective against the variant than one.

Andy Slavitt, the former senior pandemic advisor to President Joe Biden, raised the idea this week on his podcast. At least half a dozen prominent infectious disease experts said U.S. regulators need to address the issue in short order.

“There’s no doubt that the people who receive the J&J vaccine are less protected against disease,” than those who get two doses of the other shots, said Stanford professor Dr. Michael Lin. “From the principle of taking easy steps to prevent really bad outcomes, this is really a no-brainer.”

The CDC is not recommending boosters, and advisors to the agency said at a public meeting this week there is not yet significant evidence of declining protection from the vaccines.

Jason Gallagher, an infectious diseases expert at Temple University’s School of Pharmacy, recently received a Pfizer dose at the Philadelphia vaccine clinic where he has been administering shots. He got the J&J vaccine in a clinical trial in November …