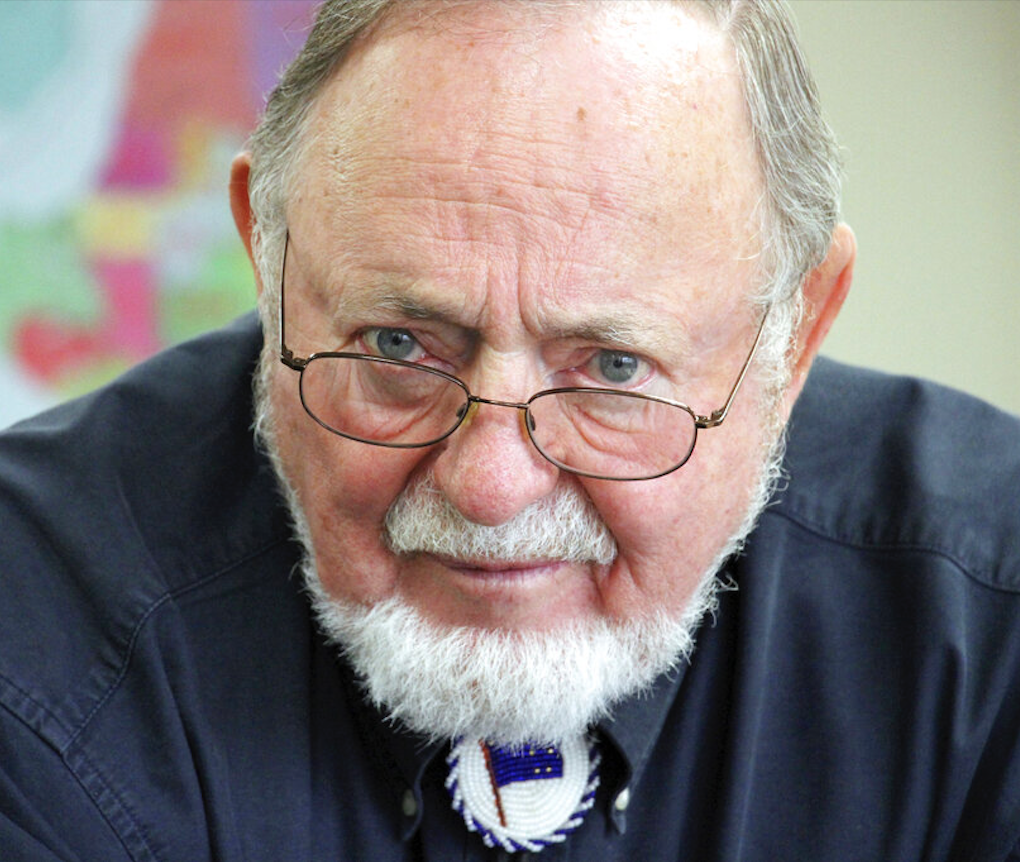 THE WASHINGTON POST – Don Young, a gruff Alaskan who was elected to the U.S. House of Representatives in 1973, became its longest-serving active member and brought an outpouring of federal dollars to the country’s most sparsely populated state, died March 18 in Seattle while traveling home to Alaska. He was 88 and the House’s oldest member.

His chief of staff, Alex Ortiz, confirmed the death but did not have further details. [Young was elected mayor of Fort Yukon in 1964 and remained in public office until the day he died, a span of 58 years.]

Rep. Young, Alaska’s sole House member, was reelected to a 25th term in November with about 55 percent of the vote.

Known for his salty language and frontiersman’s demeanor, he decorated his office with a 900-pound totem pole and a collection of hunting trophies, including the pelt of a bear he claimed to have strangled himself.

A former chairman of the House Natural Resources and Transportation committees, Rep. Young helped direct billions of dollars in federal funding in an era before House members instituted a ban on earmarks … read more.

JUNEAU, Alaska (AP) — Alaska Rep. Don Young, who was the longest-serving Republican in the history of the U.S. House, has died. He was 88.

His office announced Young’s death in a statement Friday night.

“It’s with heavy hearts and deep sadness that we announce Congressman Don Young (R-AK), the Dean of the House and revered champion for Alaska, passed away today while traveling home to Alaska to be with the state and people that he loved. His beloved wife Anne was by his side,” said the statement from Young’s congressional office.

A cause of death was not provided. Young’s office said details about plans for a celebration of Young’s life were expected in the coming days.

Young, who was first elected to the U.S. House in 1973, was known for his brusque style. In his later years in office, his off-color comments and gaffes sometimes overshadowed his work. During his 2014 reelection bid, he described himself as intense and less-than-perfect but said he wouldn’t stop fighting for Alaska. Alaska has just one House member.

Born on June 9, 1933, in Meridian, California, Young grew up on a family farm. He earned a bachelor’s degree in teaching at Chico State College, now known as California State University, Chico, in 1958. He also served in the U.S. Army, according to his official biography.

Young came to Alaska in 1959, the same year Alaska became a state, and credited Jack London’s “Call of the Wild,” which his father used to read to him, for drawing him north.

“I can’t stand heat, and I was working on a ranch and I used to dream of some place cold, and no snakes and no poison oak,” Young told The Associated Press in 2016. After leaving the military and after his father’s death, he told his mother he was going to Alaska. She questioned his decision.

“I said, ‘I’m going up (to) drive dogs, catch fur and I want to mine gold.’ And I did that,” he said. In Alaska, he met his first wife, Lu, who convinced him to enter politics, which he said was unfortunate in one sense — it sent him to Washington, D.C., “a place that’s hotter than hell in the summer. And there’s lots of snakes here, two-legged snakes.”

In Alaska, Young settled in Fort Yukon, a small community accessible primarily by air at the confluence of the Yukon and Porcupine rivers in the state’s rugged, harsh interior. He held jobs in areas like construction, trapping and commercial fishing.

He was a tug and barge operator who delivered supplies to villages along the Yukon River, and he taught fifth grade at a Bureau of Indian Affairs school, according to his biography. With Lu, he had two daughters, Joni and Dawn.

He was elected mayor of Fort Yukon in 1964 and elected to the state House two years later. He served two terms before winning election to the state Senate, where, he said, he was miserable. Lu said he needed to get out of the job, which he resisted, saying he doesn’t quit. He recalled that she encouraged him instead to run for U.S. House, saying he’d never win.

In 1972, Young was the Republican challenger to Democratic U.S. Rep. Nick Begich. Three weeks before the election, Begich’s plane disappeared on a flight from Anchorage to Juneau. Alaskans reelected Begich anyway.

Begich was declared dead in December 1972, and Young won a close special election in March 1973. Young held the seat until his death. He was running for reelection this year against a field that included one of Begich’s grandsons, Republican Nicholas Begich III.

In 2015, nearly six years after Lu Young’s death, and on his 82nd birthday, Young married Anne Garland Walton in a private ceremony in the U.S. Capitol chapel.

“Everybody knows Don Young,” he told the AP in 2016. “They may not like Don Young; they may love Don Young. But they all know Don Young.”

The often gruff Young had a sense of humor and a camaraderie with colleagues from both sides of the aisle.

As the House member with the longest service, Young swore in House Speaker Nancy Pelosi, a California Democrat, when the 117th Congress convened on Jan. 3, 2021 — three days before the attack on the Capitol by supporters of outgoing President Donald Trump. Before administering the oath of office, Young expressed dismay about the period’s intense partisanship.

“When you do have a problem or if there’s something so contentious, let’s sit down and have a drink, and solve those problems,” he said, drawing laughter and applause.

Pelosi, in a statement, said Young’s “reverence and devotion to the House shone through in everything that he did.” She called him “an institution in the hallowed halls of Congress.”

She said photos of him with 10 presidents, Republicans and Democrats, signing his bills into law “are a testament to his longevity and his legislative mastery.”

Young, known for decades of steering federal spending to his home state, won $23.7 million for Alaska for water, road and other projects in the government-wide $1.5 trillion spending bill President Joe Biden signed into law this week, according to an analysis of that bill by The Associated Press. It is one of the highest amounts for home-district projects that any House member had in the legislation.

Young said he wanted his legacy to be one of working for the people. He counted among his career highlights passage of legislation his first year in office that allowed for construction of the trans-Alaska pipeline system, which became the state’s economic lifeline. With that successful pipeline fight, “I found a niche in my life where I enjoy working for the people of Alaska and this nation — primarily the people of Alaska,” Young said in 2016, adding later: “I like the House.”

During his career, he unapologetically supported earmarks as a way to bring home projects and build up infrastructure in a geographically huge state where communities range from big cities to tiny villages; critics deemed earmarks as pork.

Young branded himself a conservative and won support with voters for his stances on gun and hunting rights and a strong military. He made a career out of railing against “extreme environmentalists” and a federal bureaucracy that he saw as locking up Alaska’s mineral, timber and petroleum resources. He said his word was a “gold bond.”

He said he was happy every time he could help a constituent. “And I try to do that every day, and I’m very good at that,” he told AP in 2016.

His career was marred by investigations and criticism about his off-the-cuff and often abrasive style.

In 2008, Congress asked the Justice Department to investigate Young’s role in securing a $10 million earmark to widen a Florida highway; the matter was dropped in 2010, and Young denied any wrongdoing.

In December 2011, the U.S. House Ethics Committee said it was revising its rules to impose new contribution limits on owners who run multiple companies following questions raised by the nonpartisan Office of Congressional Ethics about donations made to Young’s legal expense fund.

In 2014, the ethics committee found that Young had violated House rules by using campaign funds for personal trips and accepting improper gifts. Young was told to repay the value of the trips and gifts, totaling about $59,000, and amend financial disclosure statements to include gifts he hadn’t reported. The committee also issued a “letter of reproval,” or rebuke. Young said he regretted the “oversights” and apologized for failing to exercise “due care” in complying with the House’s Code of Conduct.

Fresh off a reelection win in 2020, Young announced he had tested positive for COVID-19, months after he had referred to the coronavirus as the “beer virus” before an audience that included older Alaskans and said the media had contributed to hysteria over COVID-19.
He later called COVID-19, for which he had been hospitalized, serious and encouraged Alaskans to follow guidelines meant to guard against the illness.

Voters kept sending Young back to Washington, something Young said he didn’t take for granted.

“Alaskans have been generous with their support for me because they know I get the job done,” he said in 2016. “I’ll defend my state to the dying breath, and I will always do that and they know that.”
___
Associated Press journalist Alan Fram in Washington contributed.