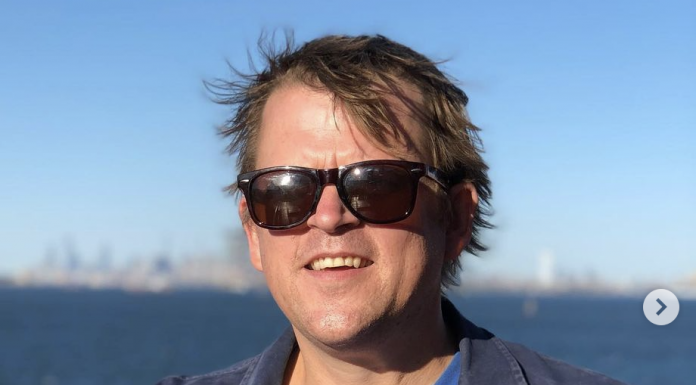 The Guardian – It started with an alert on my iPhone. In late June, a notification from the Health App popped up intrusively on my lockscreen.

This year, you’re walking less on average than you did in 2019.

This felt personal. It wasn’t another news alert about politics, or people denying the medical reality of Covid-19.

This was my phone, the one I’d paid too much money for and kept cradled close to me like some sort of tiny purebred pet, calling me out for a personal failing.

When I was done being insulted, though, I became uncharacteristically motivated.

I put on a pair of beat-up Vans, strapped on a mask, and headed toward Prospect Park, not far from my Brooklyn apartment.

There, I completed the 3.35-mile loop, and felt great afterward. Back in my apartment later that day, the sun setting, I already missed the sense of achievement I felt earlier that morning, so I went for another walk. The next morning, I did it again.

Ellen DeGeneres Announces She Has Covid-19

It felt good to move my body. And accomplishing something gave me a jolt of mood-lifting dopamine. In the middle of an achingly difficult year, here was a simple task I could complete – something good for me.

Every morning after I woke, and every evening before bed, rain or shine I headed to the park and put one foot in front of the other.

This was a huge triumph. I’d made many attempts to regularly exercise in my adult life, and until now, nothing had stuck. I committed to a goal: 20,000 steps a day, or about 10 miles.

As days turned into weeks turned into months, I didn’t always hit that goal, but it didn’t really matter. I walked every day, and if I logged only 15,000, or even 12,000 steps, still considered it a win.

Not surprisingly, walking day in and day out has had positive, if subtle, effects on my body. I’ve grown sturdier … Read more.

EARLIER ON HEADLINE HEALTH … IT HAPPENED WHILE THEY WERE WALKING:

Florida Man Out-Wrestles Gator That Tried to Drag Him Under