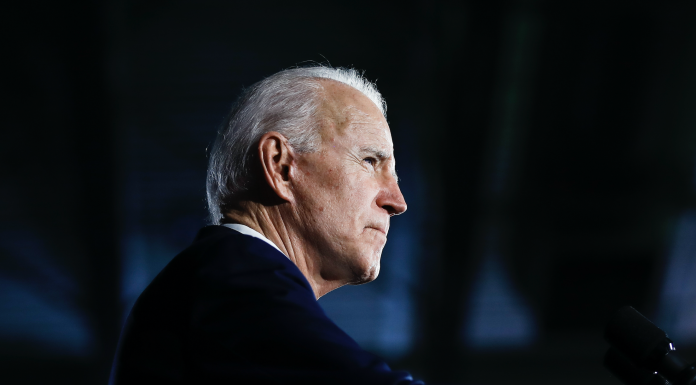 “Women are a core constituency for Democrats, and Biden has a mixed history.”

NPR – New information has emerged in recent days about a sexual assault allegation against the presumptive Democratic presidential nominee, Joe Biden, made by Tara Reade, a former staff assistant in Biden’s Senate office.

For the first time, someone has gone on the record to say that Reade detailed the allegation to her decades ago in the same way Reade is describing it now.

A former neighbor of Reade’s named Lynda LaCasse told NPR on Wednesday about a conversation the two had approximately 25 years ago regarding the alleged assault.

The revelation, first reported by Business Insider, comes with increasing pressure on Democrats to respond, as well as calls from Republicans for the accusation to be examined more openly.

LaCasse said she remembers stepping outside her home in California to sneak a cigarette away from her kids some time in 1995 or early 1996, when she was joined by Reade on her front stoop.

“Put his fingers inside her … “

They were emotional, discussing custody issues and violence, and she recalls Reade then mentioning Joe Biden, a man she was not particularly familiar with at the time.

Reade, as detailed in a previous NPR report, has accused Biden of pinning her up against a wall in the hallway of a Capitol Hill building and penetrating her vagina with his fingers in the spring of 1993.

The Biden campaign denies the alleged incident, as do longtime Biden staffers whom Reade worked for at the time … Read more.

WASHINGTON (AP) — A sexual assault allegation is raising Joe Biden’s first big challenge as the Democrats’ presidential nominee, fueling Republican attacks and leaving many in his own party in an uncomfortable bind.

Biden’s campaign has denied the allegation from his former Senate staffer Tara Reade, who has said Biden assaulted her in the basement of a Capitol Hill office building in the 1990s. But the story garnered fresh attention this week after two of Reade’s associates said she previously told them about elements of her allegations.

Republicans worried about President Donald Trump’s increasingly precarious political standing are seizing on the allegation to portray Democrats as hypocrites who only defend women who allege wrongdoing against conservatives.

They are digging in despite the fact that it could renew attention on the multiple sexual assault allegations lodged against Trump.

Democrats, meanwhile, are in an awkward position of vigorously validating women who come forward with their stories while defending the man who will be their standard-bearer in what many in the party consider the most important election of their lifetimes.

The tension is heightened because Biden himself is saying nothing about the allegation.

Like many Americans, he has spent the past several weeks at home to prevent the spread of the coronavirus. Biden has participated in a handful of local and national interviews, during which he wasn’t asked about the allegation.

But he hasn’t held a press briefing for the broader press corps that covers him since April 2, before multiple news organizations reported Reade’s story.

Some Democrats say that approach isn’t working and are urging a more forceful response.

“The campaign has issued statements, but he hasn’t issued any statements in his own voice,” said former Democratic National Committee Chairwoman Donna Brazile.

“It’s not helping, it’s just damaging — not only to the person who has come forward, but it’s also damaging the candidate.”

Lis Smith, who worked as a top strategist on Pete Buttigieg’s presidential campaign, also called on the Biden campaign to speak up.

“These accusations have not been found to be credible, so it’s in the Biden campaign’s interest to nip this in the bud directly and do it quickly,” she said.

The November contest between Biden and Trump will be the first presidential race of the #MeToo era, which has led numerous women to come forward with allegations of sexual assault. Trump himself has been accused of assault and unwanted touching by numerous women, allegations he denies.

Women are a core constituency for Democrats, and Biden has a mixed history.

While he wrote the Violence Against Women Act as a senator, he also came under heavy criticism for his handling of Anita Hill’s Senate testimony in the 1990s. Just before he launched his 2020 campaign, several women accused him of unwanted touching, behavior for which he apologized.

Biden has pledged to pick a woman as a running mate, and the allegation has left those thought to be in contention in a tough spot.

Stacey Abrams, the former Georgia Democratic governor candidate, said, “I believe Joe Biden,” citing a New York Times investigation that she said exonerated him.
“Women deserve to be heard,” she said, “but I also believe that those allegations have to be investigated by credible sources.”

That echoed talking points issued by the Biden campaign to surrogates last week that were obtained by The Associated Press. They pointed to investigations by The New York Times, The Washington Post and the AP that found no other allegation of sexual assault and no pattern of sexual misconduct.

On Thursday, House Speaker Nancy Pelosi also defended Biden. Speaking on CNN, she said that she was “satisfied with how he has responded,” even as she acknowledged “it’s a matter that he has to deal with.”

Some Democratic donors and fundraisers say the issue has not come up in calls with party financiers. Others worry that it could be used against Biden, much as Hillary Clinton’s private email server and the activities of the Clinton Foundation were wielded against her by Trump.

Some, most notably women, say they are paying close attention to the allegations, which gave them pause.

Alex Sink, a donor and former Democratic nominee for governor of Florida, said she was “not happy” to read about the allegations against Biden. While she still plans to vote for him, she worried his campaign was too quick to categorically deny Reade’s story.

“They put themselves immediately out on a limb by saying, ‘It didn’t happen, we categorically deny it, it’s not true,'” Sink said.

Some female Democratic operatives expressed concerns the allegation is particularly damaging because it’s an indictment of Biden’s central campaign rationale: that he provides a moral counter to Trump and that the election is a “battle for the soul of America.”

“The stakes could not be higher for defeating Donald Trump — but at the same time, I think we have to apply a consistent standard for how we treat allegations of sexual assault, and also be clear-eyed about how Donald Trump will use these allegations in the general election campaign,” said Claire Sandberg, who worked as Bernie Sanders’ organizing director this cycle.

The silence from the Biden campaign has given Republicans an opening on an issue that was, in 2016, more fraught for the GOP, when Trump was asked to answer for the more than two dozen women who alleged varying levels of sexual assault and harassment from him.

The GOP argues Democrats aren’t being consistent, pointing to aggressive questioning and coverage of Supreme Court nominee Brett Kavanaugh when he faced an allegation of sexual assault.

“The left, and their media allies, has one standard for Republicans and another standard for Democrats like Joe Biden,” said Steve Guest, a spokesman for the Republican National Committee. “The double standard is appalling.”

Rick Tyler, a former spokesman for Texas Republican Sen. Ted Cruz and a prominent Trump critic, noted that the coronavirus outbreak and subsequent economic crash have “ruled out any prospect that Republicans could run on great economic times.”

“And so what’s left? What’s left is scorched earth, and that means digging up anything they can about Biden,” he said.