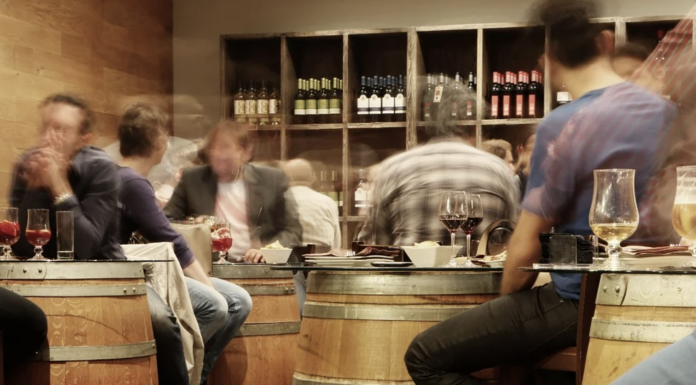 "President Biden needs a complete reset of his flailing, failing presidency but most especially of his pandemic strategy ... "

PLUS: South Africa scraps isolation for COVID positive people with no symptoms

COPENHAGEN, Denmark (AP) — Denmark on Tuesday became one of the first European Union countries to scrap most pandemic restrictions as the Scandinavian country no longer considers the COVID-19 outbreak “a socially critical disease.”

The reason for that is that while the omicron variant is surging in Denmark, it’s not placing a heavy burden on the health system and the country has a high vaccination rate, officials have said.

Denmark, a nation of 5.8 million, has in recent weeks seen more than 50,000 daily cases on average while the number of people in hospital intensive care units has dropped.

He said that number had “fallen and fallen and is incredibly low.” He said 32 of the coronavirus patients are in ICUs. Several weeks ago, it was up at 80.

“From the reopening of bars and restaurants to the dropping of legal requirements for masks, many of Europe’s biggest economies are now relaxing Covid rules and restrictions. Governments in the region are desperate to salvage their economies that have been hit hard by further restrictions.” – CNBC, JAN 28 20224

The most visible restriction disappearing is the wearing of face masks, which are no longer mandatory on public transportation, shops and for standing clients in restaurant indoor areas. Authorities only recommend mask use in hospitals, health care facilities and nursing homes.

Another restriction that no longer is required is the digital pass used to enter nightclubs, cafes, party buses and to be seated indoors in restaurants.

“I dare not say that it is a final goodbye to restrictions. We do not know what will happen to the fall. Whether there will be a new variant,” Prime Minister Mette Frederiksen told Danish radio.

The Danish government has warned that Denmark could see a rise in infections in the coming weeks and said that a fourth vaccination shot might be necessary.

“President Biden needs a complete reset of his flailing, failing presidency but most especially of his pandemic strategy, one that begins at the top with new leadership. Fauci clearly must be replaced, but following him out the door should be Centers for Disease Control and Prevention Director Rochelle Walensky, Secretary of Health and Human Services Xavier Becerra and the White House point man on the pandemic response, Jeff Zients.” – By Hugh Hewitt, Contributing columnist, The Washington Post, January 30, 2022

The restrictions were originally introduced in July but were removed about 10 weeks later after a successful vaccination drive. They were reintroduced when infections soared.

In 2020, Denmark became one of the first European countries to close schools because of the pandemic and sent home all non-critical public employees.

In neighboring Finland, COVID-19 restrictions will end this month with Prime Minister Sanna Marin saying her Social Democratic-led government would negotiate with the other parties in parliament the timetable for the removal of the measures.

On Monday, border controls at the internal borders between Finland and the other Schengen countries that form Europe’s ID check-free travel area, ended. That restriction was introduced at the end of December to slow down the spread of the omicron variant.

Travelers coming from outside the EU will continue to meet border controls at least until Feb. 14. February.

On Tuesday, Norwegian daily Dagbladet reported the first case of COVID-19 ever on the island of Utsira in the North Sea.

“We have avoided it for two years,” mayor Marte Eide Klovning told Dagbladet, adding that the island’s 188 inhabitants had been vaccinated. It was unclear how the virus had reached the island, sitting about 120 kilometers (75 miles) south of Bergen, Norway’s second-largest city. SOURCE.

JOHANNESBURG, Jan 31 (Reuters) – South Africa no longer requires those who test positive for COVID-19 without symptoms to isolate and has also reduced the isolation period for those with symptoms by three days, as the country exits its fourth wave of the coronavirus, a government statement said on Monday.

Following a special Cabinet meeting held earlier to decide on the amendments, the country made the changes based on the trajectory of the pandemic and levels of vaccination in the country, according to a press release issued by Mondli Gungubele, a minister in the presidency.

South Africa is currently at the lowest of its five-stage COVID alert levels.

“The rationale for these amendments is informed by the proportion of people with immunity to COVID-19 which has risen substantially, exceeding 60-80% in several sero-surveys” the statement said.

“The information gathered through the system used by the Department of Health has reported that South Africa has exited the fourth wave nationally.” … read more.