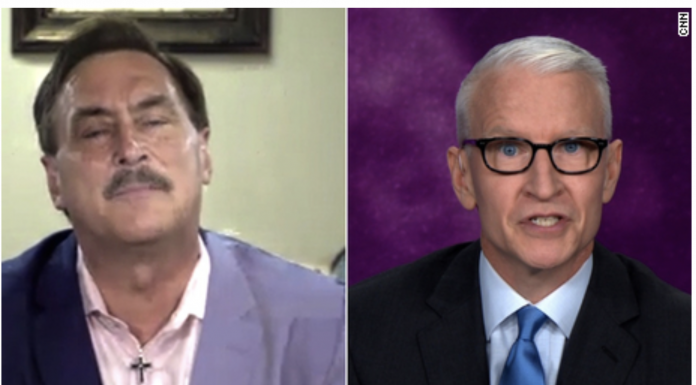 “That would definitely end up killing people.” |

MedPage Today – An unusual and highly toxic compound is making headlines after President Trump reportedly supported it in a conversation in the Oval Office.

Axios reports that Trump voiced support for oleandrin, a botanical made from the poisonous oleander plant, during a July meeting attended by MyPillow.com founder and CEO Mike Lindell and Secretary of Housing and Urban Development Ben Carson, MD.

Lindell, a longtime Trump supporter who has a stake in the biotech that’s developing oleandrin — Phoenix Biotechnology — told Axios that Trump said “the FDA should be approving it.”

FDA Commissioner Stephen Hahn, MD, has resisted any efforts around the compound, according to Axios, but Phoenix Biotechnology director Andrew Whitney has said if he can’t get oleandrin to market as a drug, he’ll push for it as a dietary supplement.

The thought of another potentially dangerous compound being touted as a “miracle cure” by the Trump administration, like hydroxychloroquine, had medical experts up in arms on Twitter on Monday.

Juurlink told MedPage Today that oleandrin is “akin to digoxin. Too much can cause nausea, vomiting, and diarrhea, but the main concern is arrhythmias, which can be fatal.”

Jennifer Gunter, MD, tweeted that it’s “easier to kill a person with oleandrin than COVID-19” and highlighted a case report in which two people were poisoned after eating snails that had munched on an oleander plant … Read more.

Phoenix Biotechnology, Inc., has been exploring the health-related benefits of a novel extract of Nerium oleander for the past 20 years. The company has developed a supercritical CO2 extraction of Nerium oleander into a new botanical drug – PBI-05204.

PBI-05204 is a ‘botanical drug’ that has been through initial FDA review and approved for the Phase I and Phase II clinical trials which were conducted in the United States. These trials have shown that this oral (capsule) formulation is safe for administration to patients without undue toxicity.

A distinction of PBI-05204 is that research has consistently proven that this drug crosses the blood brain barrier which opens up several potential applications. Extensive research has been done in the following areas: Antiviral, Cancer, and Neurodegenerative Diseases.

Infection with Cytomegalovirus (CMV) is extremely common in humans and is usually asymptomatic.

However, in immunocompromised hosts such as transplant recipients and patients with AIDS, CMV infection is associated with significant morbidity and mortality.

It is also the most common congenitally acquired infection and the leading infectious agent causing mental retardation and deafness in congenitally infected children.

In recent years CMV has been associated with a variety of syndromes including hypertension, severe pulmonary complications in patients in intensive care-units, and with a specific brain tumor, glioblastoma multiforme.

Although the exact role of CMV in these syndromes is unclear, CMV replication appears to affect the natural history and outcome of disease processes in immunocompetent individuals as well.

Unfortunately, despite significant ongoing research effort, there is still no CMV vaccine approved for universal or targeted use. Thus, it is important and necessary to develop preventive and treatment modalities for prevention and treatment of CMV infections.

The need for new and effective therapeutic strategies for treatment and elimination of HIV infection is also evident.

While much of the focus has been centered around development and testing of drugs (such as AZT that inhibit viral replication by targeting reverse transcriptase activity), other approaches beyond RT inhibitors are needed to deepen the therapeutic armamentarium.

New PBI affiliated research is ongoing with respect to novel plant-derived products that are active against both HIV and CMV.

In addition, recent research conducted at major facilities within the USA has now provided evidence that the antiviral activity of PBI-05204 is even effective against viruses that cause deadly hemorrhagic fevers such as Ebola and Marburg viruses.

This research conducted at Ft. Detrick (U.S. Army facility) is proving to show new mechanisms of action and activity at levels that are believed to be effective in a clinical setting.

In addition, research conducted at Southern Methodist University has shown surprising activity against HTLV-1, a virus that affects the quality of life in many third world countries around the world.

This branch of research is new to PBI but demonstrates great promise. Not only is the PBI compound effective at inhibiting viral replication within infected cells it also results in damaged viral progeny.

In other words, the virus particles that are produced are ‘damaged’ and far less infective making them targets for our own human immune system.

These findings of PBI research with HIV and HTLV-1 suggest the botanical glycoside oleandrin may have broad anti-retroviral activity by reducing the incorporation of the envelope glycoprotein into newly-synthesized virus particles – a stage of the infection cycle that is not targeted by modern antiviral therapeutics.